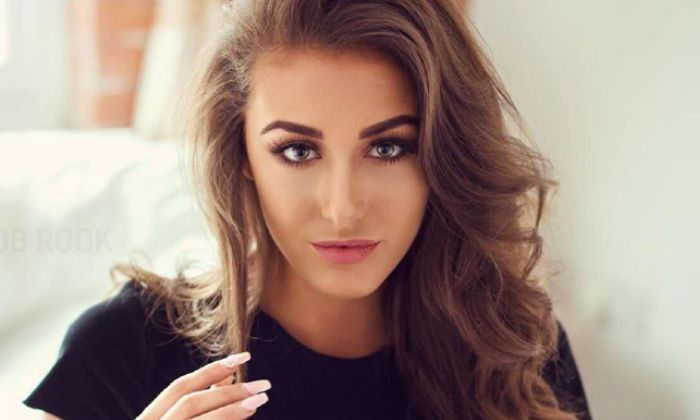 Who is Chloe Veitch?

Chloe Veitch is an English model and social media influencer, probably best known for her appearance on “Too Hot to Handle,” a Netflix dating reality show. In 2018, she won the beauty pageant, Top Model, and was nominated for the Essex Young People of the Year award. The Essex model has garnered more than 1.4 million Instagram followers.

Chloe Veitch was born on the 6th of March 1999, in Clacton, Essex, England, United Kingdom. She is currently 21 years old.

Chloe Veitch is very private when it comes to her personal life, education, and childhood. She is the daughter of George Veitch and Fida Veitch. She had a step-bother, who died in 2014 due to drug abuse. Her father is also a drug addict.

She attended the University of London.

The bombshell Chloe Veitch hasn’t talked much about her romantic life and has kept that aspect of her life away from the spotlight. Based on her social life, she is certainly single.

It may be due to the fact that she is quite new to the industry and doesn’t want to catch up.

In 2020, Chloe Veitch forayed into television, appearing on the Netflix reality dating game show, Too Hot to Handle.

Her appearance on Netflix’s Too Hot to Handle.

Chloe Veitch is already a popular social media personality, thanks to her successful modeling career. She has already accrued 1.4 million followers on her @chloeveitchofficial Instagram account and she’s going to hit a lot more.

Chloe has over 350,000 TikTok followers. She has nearly 7,000 followers on Twitter and a little more than 6,000 subscribers on YouTube.

She had a rough childhood because of her drug addicted father.

She has done modeling for several fashion labels as well as walked at many fashion shows, including the London Fashion Week.

Chloe and Francesca Farago both competed and won the reality dating show, Too Hot to Handle, in 2020.

In 2018, she appeared in the music video for the Punjabi song “Bamb Fodta” by Amit.

She also appeared in the music video of Dilijit Dosanjh’s “Muchh” and Bobby Solanki’s “Dil Tera” in 2019.

As a teenager, she was nominated for the Essex Young People of the Year award in 2015.

She was the face of Guerison Green Global.

Chloe’s got many tattoos, including a butterfly on her waist and tattoos on her left leg, left breast, and also on her abdomen.