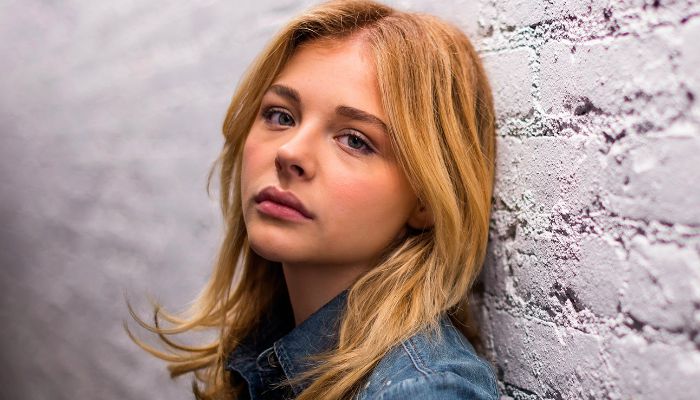 Who is Chloe Grace?

Chloe Grace Moretz is one of the most popular and recognizable faces of Hollywood, who is known for her films like “The Amityville Horror”, “Big Momma’s House 2”, “Kick-Ass”, “Carrie”, “Let Me In” among others. She started her acting career at the tender age of seven and today, the actress is in her twenties, has established herself a name in the industry. The buzzing beauty has also done editorials, photo shoots, and featured on the covers of magazines like Flaunt, Vogue, Teen Vogue, Jalouse, Marie Claire, Interview, Elle, Love Magazine, Crash Magazine, InStyle and many others.

Chole was born on 10 February 1997 in Atlanta, Georgia, United States. She was raised in  Cartersville, Georgia.

She is currently 21 years old.

Moretz went to PS 290 in New York and later attended Professional Performing Arts School, where she developed an interest for acting.

White. She is of English and German ancestry. She also has Swiss-German, Scottish, and Welsh roots.

Cameron Fuller: Cameron and Chloe began dating after he proposed her in January 2013. The couple broke out in May 2014.

Brooklyn Beckham: Brooklyn and Chloë had On-again-Off kind of relationship. The couple had split and reconciled many times. They are currently dating each other.

Alex Roe: She was rumored to be dating British actor Alex Roe in Feb 2017.

Moretz first starred in a drama film in 2005, Heart of the Beholder as Molly.

In 2010, she appeared in the music video for the song “Answer to Yourself”, by indie rock band The Soft Pack.

She has had affiliated with the American clothing retailer Aéropostale.

Being one of the most wanted actresses in the business, Chloe Grace Moretz has been chosen as an ambassador for Mercedes Benz. She owns a Mercedes Benz GLE450. She lives along with her family in a luxury mansion in Studio City, Los Angeles.

The budding actress, Chloe Moretz, stepped into showbiz at an early age and has done many films and television series. With her increasing popularity, Chloe net worth has been sky rocketing in the last few years, which now stands at US$14 million. She takes about US$500,000 per film as remuneration. Her meteoric rise to stardom and her immense fortune in her young age astound us.

Chloë was trained in gymnastics and weapons for her role as Hit Girl in “Kick-Ass” (2010) film.

Her brother, Brandon serves as her business manager and her another brother, Trevoris her acting coach.

Chloe Grace Moretz loves Ballet and comedies the most.

In 2012, Chloe bagged several awards including “Women in Film Crystal Awards Face of the Future”.

In February 2013, Elle magazine awarded her with the “Next Future Icon Award” at the “Elle Style Awards” gala held in London.

In October 2014, Moretz was named one of the “25 Most Influential Teens of the Year” by Time magazine.

Chloë Moretz is the StarPower Ambassador for the Starlight Children’s Foundation that supports the sick children as well as their families.