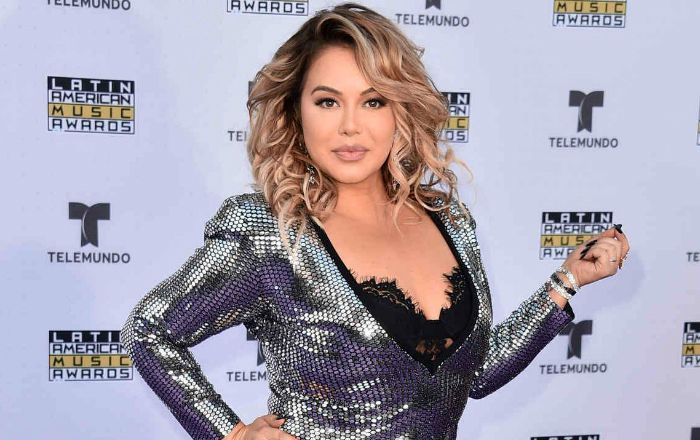 Who is Chiquis Rivera?

Chiquis Rivera is an American singer and television star who became famous after appearing on the reality show  Jenni Rivera Presents: Chiquis & Raq-C. She also appeared on her mother’s hit spin-off reality show I Love Jenni. She released her debut studio album titled “Ahora” in June 2015.

Chiquis Rivera is the eldest of five children to parents José Trinidad Marín and Jenni Rivera. Her mother was a singer and actress, who had performed a concert at the Monterrey Arena in Monterrey, Nuevo León. Jenni Rivera died in a plane crash in December 2012. She has four siblings, two younger sisters, Jenicka and Jacquie, one younger brother, Johnny Marín and one older brother, Michael Marín.

Chiquis Rivera was an on-and-off relationship with singer Lorenzo Mendez.

Rivera released her first single “Paloma Blanca” in 2014 as a tribute to her mother. She released her debut studio album, “Ahora” on June 2, 2015.

Known for her appearances on the TV shows Jenni Rivera Presents: Chiquis & Raq-C and I Love Jenni.

Chiquis has an estimated net worth of $6 million dollars.

She is the granddaughter of actor, singer, and composer Pedro Rivera.

She received nominations for Juventud Awards, Tu Mundo Award, and Premios De La Radio in her first year as a recording artist.

Rivera’s musical style is classified as banda, a form of traditional Mexican music popular in Mexico and parts of the United States with large Hispanic populations.

She released her memoir called Forgiveness on April 7, 2015, where she discussed a lot of things about her personal life such as the reason for her separation with her mother and also revealed that she was molested by a woman.

Chiquis released her second album titled “Entre Botellas” in the spring of 2018.