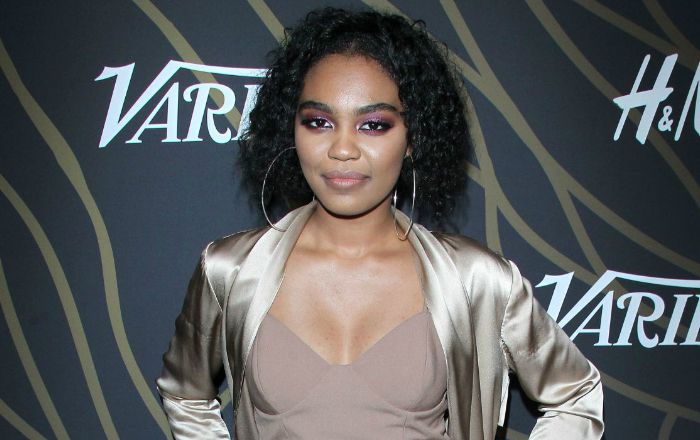 Who is China Anne McClain?

China Anne McClain is a famous actress and singer who came into the limelight after her portrayal of Jazmine Payne on Tyler Perry’s House of Payne. She attained international fame with her role as Chyna Parks in the Disney Channel original television series A.N.T. Farm from 2011 to 2014. She won the NAMIC Vision and Image Awards for her extraordinary performance in the series. She won the first season of the reality singing show, ABC’s Sing Your Face Off, making her the youngest participant to bag the title. In 2018, McClain began portraying Jennifer Pierce in The CW superhero series Black Lightning.

China Anne McClain is the daughter of music producer Michael McClain and his wife Shontell, who is a songwriter. She has two older sisters, Sierra Aylina McClain, and Lauryn Alisa McClain, both are singer and actress and one younger brother named Gabriel McClain.

McClain graduated from high school in 2016.

China Anne McClain was cast in the 2005 film The Gospel as Alexis.

In 2007, McClain starred in the television series Tyler Perry’s House of Payne as Jazmine Payne. She appeared in the season from 1 to 4 and 6 to 8, in a total of 114 episodes.

China has contributed in the soundtrack of Disney Channel’s teen sitcom A.N.T. Farm in 2011. The hit singles “Dynamite” and “Calling All the Monsters” reached #29 on the Billboard 200.

In 2014, McClain had released “Something Real”, along with Kelli Berglund, the main single of the Disney Channel original movie How to Build a Better Boy.

She is best known for her portrayal of Jazmine Payne in the sitcom Tyler Perry‘s House of Payne, and Chyna Parks in the Disney Channel’s teen sitcom A.N.T. Farm.

China Anne McClain has a net worth of $2 million US dollars. She lives in Los Angeles, California with her family.

Her mother Shontell named her China because she was very much disappointed on learning that their child was also a girl as she had already two girls. While she was pregnant with China, she saw a TV program about Chinese families and children. And, in honor of all the girls, Shontell named her daughter China.

She began acting at the age of seven when she was to play a role in the movie The Gospel.

She is an accomplished hula hoop dancer and also a rollerblade.

China Anne McClain is an R&B and pop artist.

She along with her two sisters formed a music band called ‘3McClainGirls’ and they released their first single in 2005.

China has a dog named Cujo.

She has voiced the characters Lyra and Ghufaira in Sheep and Wolves and Bilal: A New Breed of Hero, respectively.