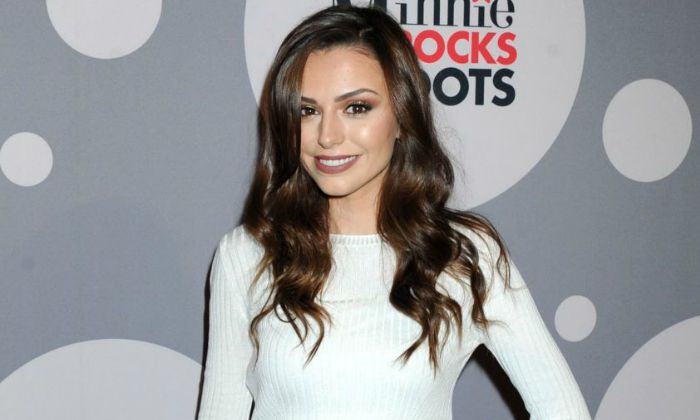 Who is Cher Lloyd ?

Cher Lloyd is an English singer and songwriter who came into the limelight when she finished fourth in the British reality music competition X Factor in 2010. Despite not winning the show, she secured a contract with Syco Music which eventually launched her music career. Cher followed it up with a number one single “Swagger Jagger” that topped the UK Singles Chart. She achieved international stardom with the release of her debut album “Sticks + Stones”, charting at number four in the UK and the number nine in the US. Cher won the Teen Choice Awards in 2014 and the Radio Disney Music Awards the following year for featuring in Demi Lovato’s hit single “Really Don’t Care”. The British singer, who is currently working on her third album, released the lead single from the album, “None of My Business” in late 2018.

Cher Lloyd was born on the 28th of July 1993, in Malvern, Worcester, England, United Kingdom. She is currently 26 years old.

Cher Lloyd is the daughter of Diane “Dina” (Smith) and Darren S. Lloyd. Cher is of Romani descent on her mother’s side. She has three younger siblings, sisters, Sophie, and Rosie, and brother Josh Lloyd.

The R&B-influenced singer married her boyfriend Craig Monk in a private ceremony on 18 November 2013. The couple welcomed their first child, daughter Delilah-Rae Monk, on May 25, 2018.

After a series of failures, Cher Lloyd finally made it to the seventh series of British talent competition ‘The X Factor’ with her seamless rendition of the Keri Hilson version of Soulja Boy’s original “Turn My Swag On” in 2010. She finished fourth in the show.

Lloyd released her debut studio album, “Sticks + Stones”, on 4 November 2011. The album peaked at number four on the UK Albums Chart and charted at number seven in Ireland. The US version of the album debuted at number nine in the US Billboard 200.

Her multi-platinum singles ‘Swagger Jagger,’ ‘With Ur Love,’ and ‘Want U Back’ not only earned her a lot of fame but also helped her accrue a massive fan base on social media platforms.

Cher’s online popularity can be attributed to her followers on social media. She has a legion of over 2.1 loyal fans on her Instagram page, thanks to the gorgeous pictures that showcase her daily life. Her Facebook page has over 6.8 million followers while she has accumulated more than 3.1 million subscribers on her eponymous YouTube channel.

According to authoritative sources, Cher Lloyd’s net worth is estimated at $2 million.

She had a penchant for performing arts at a very young age and enjoyed performing in front of the bigger audience at school functions and parties.

After the UK tour, the Sticks and Stones Tour, she cut a record deal with L.A. Reid and Epic Records in the United States.

Lloyd has performed along with the likes of the world’s biggest pop artists from Taylor Swift, Demi Lovato, One Direction, T.I and Will.I.Am.

She has got over two dozen beautiful tattoos all over her body, expressing different emotions, including an eye on her inner forearm and design of a cage holding a bird to represent her deceased uncle.

In 2018, she bounced back with a smashing hit single, “None of My Business”, which is touted to be a lead single from her third album.

Her fans are referred to as “The Brats”.