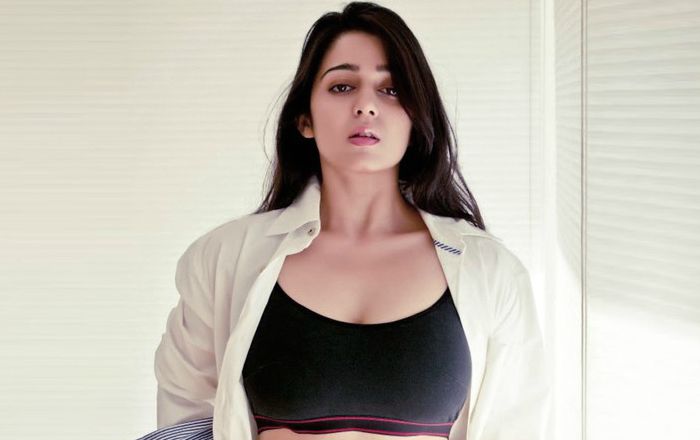 Who is Charmy Kaur?

Charmy Kaur is an Indian actress and producer best known for her works in the Telugu film industry. She has acted in Tamil, Kannada, Malayalam and Bollywood films. Her film credits include Mass, Anukokunda Oka Roju, Rakhi, Mantra, and Mangala. The latter two films earned her Nandi Awards for Best Actress and Special Jury Award. As a producer, Charmy has produced movies such as ISmart Shankar, Paisa Vasool, Rogue, and Jyothi Lakshmi.

Charmy is the daughter of Surdeep Kaur. Her mother name is unknown. She has a brother named Mickey Uppal.

Charmy has kept her personal life under the wraps and thus there is not much information available of any relation she has had in the past or in the present.

Charmy Kaur made her onscreen debut in 2002 in the Telugu film “Nee Thodu Kavali,” in which she played a role of a housewife. She was only 15 then.

She has appeared in a number of TV shows to promote her movies.

Her net worth is currently not available. She charges Rs 2 crore as remuneration per film.

She along with Puri Jagannadh co-founded Puri Connects, a production house, and a talent management company.

In 2005, she won the Santosham Best Actress Award for her role in the film Anukokunda Oka Roju.

In 2016, Charmy received CineMAA Award for Best Actress (Jury) for her role in the film Jyothi Lakshmi.

She starred in a Bollywood film Bbuddah… Hoga Terra Baap alongside Amitabh Bachchan.

Hailing from a Punjabi family, Charmy learned Telugu in a short span of time and even lent her voice to Kajal Aggarwal in the movie Chandamama (2007).

She quit acting in 2019 and is currently focused on producing movies.