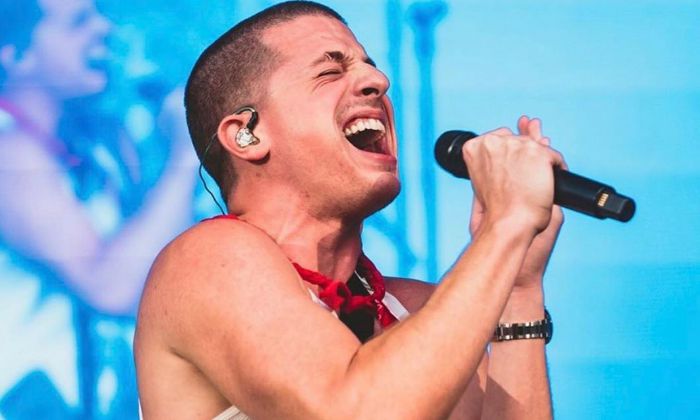 Who is Charlie Puth?

Charlie Puth is an American pop singer and songwriter who gained international fame and recognition with his universal hit track “See You Again”. The song, which he wrote and performed with Wiz Khalifa, featured on Furious 7 soundtrack as a tribute to the late Paul Walker. In fact, he had originally written it for a friend who passed away in a similar accident. The song peaked at #1 on the Billboard Hot 100 and stayed there for twelve weeks, becoming the longest-running rap number-one along with Eminem’s “Lose Yourself.” Puth got his major break in the music industry after the original songs and covers he posted to his YouTube channel went viral and eventually, Ellen DeGeneres signed him to a record label. He released his debut single “Marvin Gaye” featuring Meghan Trainor in 2015 to positive reviews. Puth has so far released two studio albums, of which, his debut album “Nine Track Mind” peaked at number 12 on the Billboard 200 while his second album “Voicenotes” reached number 4 on the Billboard music chart.

Charlie Puth was born on the 2nd of December 1991, in Rumson, New Jersey, United States of America. He is currently 27 years old.

Charlie Puth is the eldest son of Debra and Charles Otto Puth Sr. His father is a builder, and real estate agent whereas his mother is a music teacher, who has also written a handful of HBO commercials. He has two younger siblings, twins Stephen and Mikaela.

He’s raised Catholic as his father is a Catholic from German while his mother has Jewish roots.

Regarding education, Puth attended the Holy Cross School, Rumson, and Forrestdale Middle School and graduated from the Rumson-Fair Haven Regional High School in 2010. During his middle and high school years, he went to Manhattan School of Music Pre-College where he studied classical and jazz piano.

Puth then enrolled at the Berklee College of Music in Boston, Massachusetts, where he majored in music production and engineering in 2013.

While Charlie Puth is currently single, it is certain that the handsome and debonair looking musician has had been in relationships with many celebrities in the past. That includes model and actress Bella Throne, model Pritika Swarup, singer Meghan Trainor, and actress Hailee Steinfeld.

Charlie Puth released his debut album, “Nine Track Mind” on Atlantic Records on November 6, 2015. Though the album did not receive favorable reviews from critics and music lovers, it managed to reach number 6 on the Billboard 200 chart.

The album also charted in the top 10 on many countries including Australia, Canada, Denmark, United Kingdom, and New Zealand, to name a few. It spawned three hit singles “Marvin Gaye” featuring Meghan Trainor, “One Call Away” and “We Don’t Talk Anymore” featuring Selena Gomez, which peaked at #21, #12 and #9 on the US Billboard 200, respectively.

It’s no doubt that Charlie Puth has accomplished a lot throughout his music career. His first major success was his song “See You Again”, which he wrote and produced and also featured along with Wiz Khalifa. The song was included in the Furious 7 soundtrack as a tribute to the late Paul Walker.

The song not only earned him enormous fame and recognition in the music industry but also bagged him a handful of awards including the Hollywood Music in Media Award for Song – Feature Film, Critics’ Choice Movie Award for Best Song (2015) and the Billboard Music Award for Top Rap Song (2016).

Having started his career on YouTube, Charlie has come a long way and established himself as a mainstream singer in the pop world. He has amassed a huge net worth for himself from his successful career as a musician that amounts to $10 million.

He met with an unfortunate accident when he was two years old that led to a permanent scar on his right eyebrow.

Puth began taking music lessons at the age of four years old. His mother, being a music teacher herself, taught him classical music, piano, and jazz.

He launched his YouTube channel in the fall of 2009 and began making original music and creating covers.

He uploaded a lot of covers to his YouTube channel that includes popular songs by top artists such as Demi Lovato, Lady Antebellum, Sia, and Bruno Mars.

In 2010 he released his debut Extended Play “The Otto Tunes” as an independent release.

In 2011, he won an online video competition known as Can You Sing? which was sponsored by the American TV personality Perez Hilton.

He released his second album “Voicenotes” on May 11, 2018, which peaked at number four on the US Billboard 200.

Puth is a huge fan of One Direction.

His celebrity crush is Kendall Jenner.

On August 21, 2019, Puth released a single called “I Warned Myself” from his third album and followed it up with “Mother” on September 12. The album’s third single, “Cheating on You” was released on October 1, 2019.