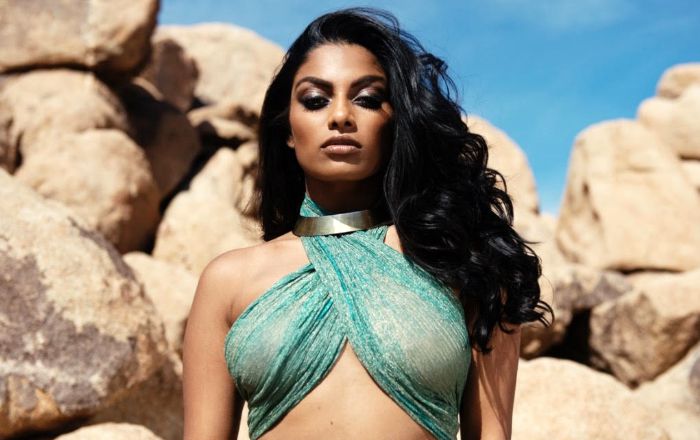 Who is Chandrika Ravi?

Australian born Indian actress and model Chandrika Ravi is known for her work in films as well as TV commercials. Beginning her career as a model, Chandrika won the title of Miss Maxim India Runner Up in 2014 and also placed as a finalist in Miss World Australia and Miss India Australia. In addition to films, she has appeared in various commercial campaigns and TV shows.

Chandrika Ravi was born on the 5th of April 1988, in Melbourne, Australia. She is currently 31 years old.

Chandrika Ravi graduated from Willetton Senior High School: Rotary Dance Scholarship Program, Perth, Australia in 2006. She then enrolled at the Murdoch University, Perth, Australia where she studied English and Creative Arts (Theatre) and Screen and Sound Studies, graduating in 2010.

To hone her acting skills, Chandrika joined Diploma in Acting for Film at New York Film Academy, Los Angeles from where she graduated in 2013.

According to her latest interview to a magazine, she’s not in relationship as she focuses on her acting career.

Chandrika Ravi made her acting debut with the 2017 Tamil film Sei which features Nakul and Aanchal Munjal.

In 2013, she appeared in a the American TV show Beverly Hills Pawn as well as she featured on TV shows like Travel Secrets California and Bollywood to Hollywood.

Chandrika has performed in stage plays including A Midsummer Night’s Dream, A Caucasian Chalk Circle and Narakasura.

Known for her portrayal of ghost in the coming age adult comedy film ‘Irattu Arayill Murattu Kuthu’, alongside Gautham Karthik and Vaibhavi Shandilya.

She has appeared in a number of TV commercial campaigns including U Know What Works Kotex, Heineken, Apple iPhone 5c and Zoolander 2 Official TVC.

She started learning dancing and acting at her tender age and shortly after graduation she ventured into modeling.

During her stint in modeling, Chandrika took several modeling gigs and walked the ramp for famous designers and fashion houses.

She is trained in different forms of classical dancing like Bharathanatyam and Kathak, along with Bollywood and Theatre at The Temple of Fine Arts.