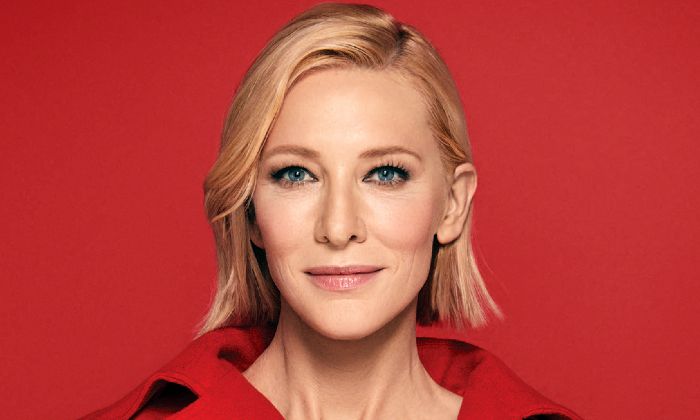 Who is Cate Blanchett?

Cate Blanchett is an award-winning Australian actress from Ivanhoe, Victoria. She has already enjoyed a tremendous amount of success in her nearly three decades career, earning her two Academy Awards, three Golden Globe Awards, and three British Academy Film Awards. She’s probably best known for her roles in films such as Elizabeth, The Aviator, Blue Jasmine, and Carol.

Having started her career on stage in her home country, she quickly ascended the ladder of success by taking on roles in such acclaimed projects like The Talented Mr. Ripley, The Curious Case of Benjamin Button, Cinderella, Thor: Ragnarok, and trilogies including, The Lord of the Rings, The Hobbit, and How to Train Your Dragon. In 2007, she took a coveted spot on Time’s “100 most influential people in the world” list and was named one of the highest-paid actresses in the world in 2018.

Cate Blanchett was born on the 14th of May 1969, in Ivanhoe, Victoria, Australia. She is currently 51 years old.

Cate’s father, Robert DeWitt Blanchett, Jr., is an American who worked in the United States Navy as Chief Petty Officer before becoming an advertising executive. Her mother, June Gamble, on the other hand, is of Australian origin, was a property developer and teacher. She has two siblings, an older brother Bob Blanchett, and a younger sister Genevieve Blanchett.

Her parents’ met when her father’s ship broke down in Melbourne and later they got married. Cate and her siblings were raised by her single mother after Robert died of a heart attack when Blanchett was just 10 years old.

Cate Blanchett attended Ivanhoe East Primary School in Melbourne and then went to Ivanhoe Girls’ Grammar School for her secondary education. She later joined the Methodist Ladies’ Colleg, where she took part in several stage productions.

Though she began studying economics and fine arts at the University of Melbourne, later on, she dropped out to travel overseas. After spending some time traveling and working in the pocket theatres of Melbourne, she decided to take up acting as her full-time career. She studied theatre at the National Institute of Dramatic Art and graduated with a Bachelor of Fine Arts in 1992.

Cate Blanchett began performing onstage in her early twenties. Her first stage appearance was in Oleanna, a two character play by David Mamet. She played Carol opposite Geoffrey Rush that was staged by Sydney Theatre Company in 1992. She has performed in over 25 stage productions down the line of her successful acting career and won several accolades, including the Sydney Theatre Critics’ Best Newcomer Award, the first of many awards for her role as Bride/Felice in Kafka Dances.

In 1993, Cate landed her first television acting gig, playing Mrs. Haines in an episode of the Australian TV series, Police Rescue. She subsequently made her feature film debut in 1996 with a role in Bruce Beresford’s war film, Paradise Road, starring alongside Glenn Close and Frances McDormand.

Her acting career began to pick up steam, catching on with audiences. She git her first major breakthrough when she starred in Shekhar Kapur’s biographical film, Elizabeth, in 1998. It was her first major international project where she portrayed as Queen Elizabeth I, which earned her first Academy Award nomination for Best Actress. In addition, she won the Golden Globe Award and British Academy Award.

Her next hit big was the Lord of the Rings trilogy, in which she played the role of Galadriel in all three films. In 2004, she was cast as Katharine Hepburn opposite Leonardo DiCaprio in Martin Scorsese’s The Aviator. She won her first Academy Award for Best Supporting Actress.

Over the course of her acting career, she diversified her portfolio with a range of characters in movies, including Notes on a Scandal, The Talented Mr. Ripley, The Gift, The Curious Case of Benjamin Button, I’m not there, The Hobbit, Blue Jasmine, Carol, Cinderlela, Stateless and Mrs. America, among many others.

She was appointed Chevalier of the Order of Arts and Letters by the French Minister of Culture in 2012, in recognition of her significant contributions to the arts.

Blanchett was awarded the Centenary Medal for Service to Australian Society by the Australian government.

She’s felicitated with a wax figure draped in a recreation of the Valentino Garavani dress she wore to the 77th Academy Awards at Madame Tussauds Hollywood.

Blanchett became the first person to win an Oscar for portraying an Academy Award-winning actor in the movie The Aviator. In fact, out of six Academy Award nomination, for was for playing real life characters.

Cate Blanchett’s Net Worth in 2020

She certainly has had a lot of luck, that’s for sure. Having become a very influential celebrity, Cate Blanchett has made mots of it on her own. She has an estimated net worth of $85 million, as of 2020. Arguably, she is one of the finest actors that the world has seen so far

Cate is a pinnacle of success that her numerous acting awards prove how talented she is and how dedicated she is to her craft. She is an inspiration to many young women and likely to keep having a thriving career as long as she continues to entertain the audience with her amazing acting talents.