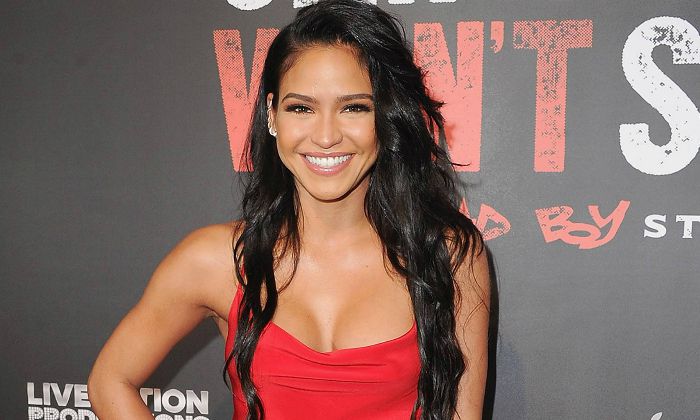 Who is Cassie Ventura?

Cassie Ventura is an American singer, actress, and model who has been in the showbiz ever since her preteen years. She began her career as a model, establishing herself as a style icon, thanks to her ‘sophisticated’ and ‘feminine’ fashion. She catapulted to prominence in the hip-hop scene with her super hit single “Me & U” that led release her eponymous debut album in the summer of 2006, which debuted at #4 on the Billboard 200 chart. Her music is the fusion of pop, R&B, and hip-hop that is highly influenced by the likes of Christina Aguilera, Nine Inch Nails, Janet Jackson, and Mariah Carey. As a model, Cassie is has been featured in such magazines as GQ and Bust and appeared in commercials for Delia’s, Adidas, Abercrombie & Fitch, and Clean and Clear as well.

Cassie Ventura was born on the 26th of August 1986 in New London, Connecticut, United States of America. She is currently 33 years old.

Concerning about her family background, very little is known about Cassie’s parents, siblings, education as well as her childhood. She was born to a Filipino father and a mother of African-American, Mexican and West Indian descent. She has a brother named Rod Ventura.

For education, she attended the Williams School, a preparatory school in Connecticut. She graduated from the school in 2004 and moved to New York to pursue her ambitious career as a model rather going to college. She took voice lessons and ballet while in school and after moving to New York she continued to study ballet at the Broadway Dance Center.

Her first publicly known relationship was with the recording artist Ryan Leslie, who introduced her to the pop scene. He has been instrumental in releasing her debut album. They dated from 2004 until 2007.

Cassie is widely known for her long-term relationship with music icon Sean “Diddy” Combs. They started dating in 2006 which eventually ended in late 2018. During this time, they attracted a lot of media attention and press tabloids were busy circulating stories about their romantic relationship. Several media outlets reported that the two were engaged in August 2012, however, the two denied the rumors.

Within a few months of the split, she found new love with her boyfriend Alex Fine, who is a fitness trainer and competitive bull rider. They began dating in late 2018 and the two are going strong since then. In June 2019, Cassie and her boyfriend Alex announced on Instagram that they’re expecting their first child together. The couple got engaged on August 24, 2019.

Cassie released her self-titled album on August 8, 2006, on Bad Boy, NextSelection, Atlantic labels. The album managed to reach the no.4 position on the Billboard US 200, selling more than 321,000 copies. The album’s lead single “Me & U” made it to the no. 1 on the Billboard Hot 100 and eventually went platinum. It was a huge hit in the US, which garnered more than one million digital downloads.

Cassie made her acting debut in 2008 playing Chase’s ex-girlfriend Sophie Donovan in the dance film ‘Step Up 2: The Streets’.

The year 2018 marked her entry into television as an actress and she was cast as Haven Quinn in two episodes of the musical drama series Empire.

Undoubtedly her debut single “Me & U” was her first major hit in the music scene. The single peaked at #3 on the US Billboard Hot 100 chart and made it to the top-10 on several music charts in New Zealand, Germany, France, Canada, and the United Kingdom.

The multi-talented dusk beauty is worth $8 million as of 2019. Apart from singing, Cassie earns a handsome amount of money from acting, modeling and brand endorsements.

She got her start as a model at age 14, modeling for local departmental stores and landed on Delia’s fashion catalog and Seventeen.

American record producer Ryan Leslie discovered Cassie when she frequented at clubs and parties in late 2004.

They both worked together for a duet entitled “Kiss Me” and signed her to his label NextSelection Lifestyle Group. He wrote and produced Cassie’s first single “Me & U”, which was released on April 25, 2006, as her eponymous album’s lead single.

In 2017, she was awarded the Beauty Bombshell of the Year award at the Toyota Bold Awards event.

Cassie is known for being a style icon due to her “edgy style” and “feminine” and “sophisticated” fashion.

She has modeled for Calvin Klein, Victoria’s Secret, Seventeen Magazine, Walmart, Target Clean, and Clear, and Abercrombie among others.

She is a huge fan of Janet Jackson.