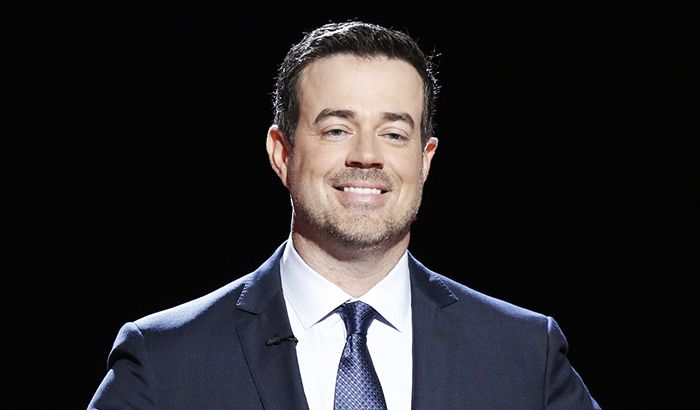 Who is Carson Daly?

Carson Daly is a prominent American television host, radio personality, and producer, who is known for hosting various shows on NBC such as The Voice, Today, and his own late-night talk show Last Call with Carson Daly. Previously, he worked with MTV on its Total Request Live and a DJ for the Southern California-based radio station 106.7 KROQ-FM. Currently, Carson is one of the richest and popular media personalities in America.

In 1991, Daly graduated from Santa Monica High School where he was a member of the school’s golf team. He then enrolled at Loyola Marymount University in Los Angeles to study theology but dropped out within a year to pursue a pro golf career.

Carson Daly married Siri Pinter, daughter of actor Mark Pinter, on December 23, 2015, in a private affair which was attended by close relatives. The couple have been in a relationship since 2007. Sri is food blogger, who has three children with Daly, Their oldest son, Jackson James Daly was born on March 15, 2009, and their two daughters Etta Jones Daly and London Rose Daly was born on September 6, 2012, and August 20, 2014, respectively.

Prior to his marriage, Carson has had dated Jennifer Love Hewitt from 1997 to 1999. He then had relationship with Tara Reid from March 2000, who he met on the set of Total Request Live. The couple became engaged and moved in together but they broke off their engagement in June 2001.

Carson began his career as a RJ at the radio station KOME in San Jose, California. He then joined MTV as a VJ and hosted TRL from 1998 to 2003. The show gained him fame and recognition and in 2002, he joined NBC, and his late night talk show, Last Call with Carson Daly is so popular among the Americans. The show is in its 16th season. From 2011, he has been hosting the talent reality show, The Voice.

Grey-eyed brunette Carson Daly is one of the really handsome television personalities who has achieved immense fame, wealth and success in his life.

As of 2020, Carson Daly has a net worth of $40 million US dollars. He makes a whopping $5 million as salary for anchoring The Voice that contributes great value to his net worth.  He is a co-founder of the company 456 Enterprise and Entertainment, which produces a series of popular compilation albums and his annual New Year’s Special.

As a teen, he wanted to become a priest.

Daly served as an intern to Jimmy Kimmel in radio at the age of 18 in Palm Springs, California.

He once campaigned with Guinness to make Saint Patrick’s Day an official holiday.

In 2017, he won PGA Award for Outstanding Producer of Competition Television “The Voice”.

Daly has also appeared on various TV shows like “My Name is Earl” and “The Dave Chappelle Show”.

His favorite sport is golf.