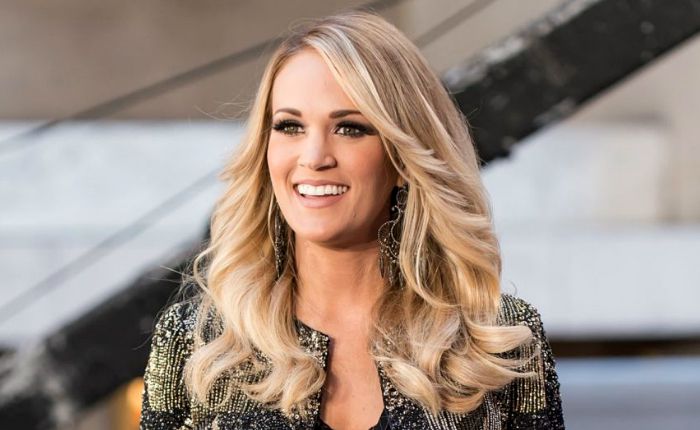 Who is Carrie Underwood?

Carrie Underwood is an American country singer, songwriter, and actress who first achieved fame after winning the reality show American Idol in 2005. Her debut album released in 2005 saw an unprecedented success in terms of acclaim and sales, which earned her three  Grammy Awards, including Best New Artist. One of the most successful artists in any musical genre, Carrie’s popularity is not confined to America, but also has a massive fan following in the UK, Canada, and Europe as well.

Carrie Underwood was born on the 10th of March 1983, in Muskogee, Oklahoma, United States. She is currently 37 years old.

Carrie Underwood is the daughter of American parents Carole (Shatswell) and Steve Underwood. She has two older sisters, Shanna and Stephanie.

Prior to her marriage with Fisher, she dated actor Chace Crawford, American footballer Tony Romo, and Drake Clark.

Carrie Underwood released her debut studio album titled ‘Some Hearts’ on November 15, 2005. The album debuted at #1 in America selling more than 9 million worldwide, becoming the best-selling solo female country debut in Recording Industry Association of America (RIAA) history, as well as the top-selling debut album of any American Idol contestant in the United States. It was certified 8x Platinum by RIAA, Gold by ARIA and 3x Platinum by MC. Carrie has so far released 5 albums and 30 singles.

She first made her appearance in the 2011 biopic drama film Soul Surfer, playing the role of Sarah Hill.

With no doubt, her first television appearance was when she participated in the reality show American Idol in 2005 as a contestant. She eventually won that season that brought her visibility to Americans.

Obviously, her appearance on American Idol and her studio albums.

Carrie Underwood has a net worth of $140 million US dollars that results from album sales, TV & film appearances, brand endorsements, world tours, and others. Being one of the richest celebrities in the United States, She wore a 381 Carat bling necklace valued at $31 million at Grammys, 2013.

She lives with her family in a luxury Tennessee house in Franklin city having estimated worth at $384,000 which she bought after winning the fourth season of American Idol. She owns a red Ford Mustang Convertible which was gifted to her on American Idol.

When she was a child, Underwood participated in the Robbins Memorial Talent Show and sang with her church.

In high school, Carrie was a member of the Honor Society and she also played for the school’s basketball and softball teams.

She is a vegan. She stopped eating meat at the age of 15.

Carrie is the only female artist to hit the top of the Billboard 200 chart with four country albums. It became possible after the release of her sixth album, Cry Pretty in 2018.