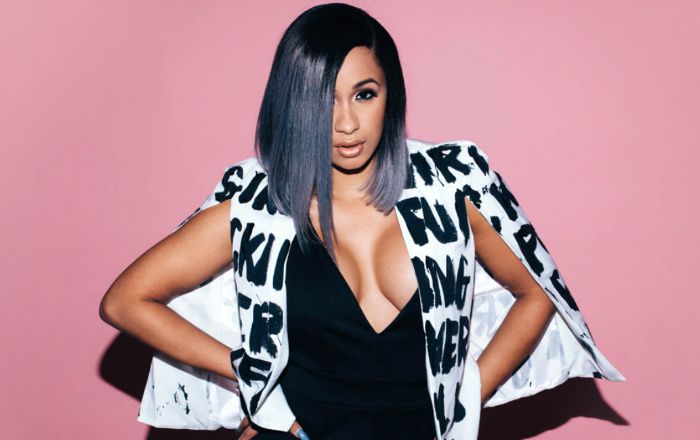 Who is Cardi B?

Cardi B is an American rapper who first gained fame as an Instagram star when she openly discussed making her career as a stripper. She was a regular cast member on the VH1 reality television series Love & Hip Hop: New York from 2015 to 2017.  Her debut single titled “Bodak Yellow”, released to critical acclaim and reached number one on the US Billboard Hot 100 chart. In 2018, Cardi made it to Time magazine’s “100 most influential people in the world.”

Cardi B was born on the 11th of October 1992, in the Bronx, New York City, New York, United States of America. She’s currently 28 years old.

While not much is known about her parents, her father is Dominican while her mother is Trinidadian and Spanish. Her father used to ride cabs and her mother worked as a cashier.

She then attended the Renaissance High School for Musical Theater & Technology, a vocational high school on the Herbert H. Lehman High School campus. She later got enrolled at the Borough of Manhattan Community College, where she took French and history courses. However, she dropped out to pursue a career in music.

Cardi B has been in a relationship with American rapper Offset of the southern hip hop group Migos since 2017. The duo is going strong since then and it seems that their relationship is unbreakable. They became engaged on October 27, after Offset proposed to Cardi B at the Wells Fargo Center in Philadelphia. On April 7, 2018, Cardi B revealed her pregnancy on Saturday Night Live. She will welcome her first child with Offset in the first week of July 2018.

She had previously dated rapper Tommy Geez in 2016.

She released her debut studio album, “Invasion of Privacy” on April 6, 2018. The album debuted at no. 1 on the US Billboard 200 as well as topped the music charts in Australia, Canada, United Kingdom, among other countries.

Cardi B was cast in the VH1 reality series, Love & Hip Hop: New York from 2015 to 2017. It was her first appearance in the television show.

Besides, She has appeared in a number of TV shows like Hip Hop Squares, The Wendy Williams Show, The Tonight Show Starring Jimmy Fallon, Saturday Night Live, and Jimmy Kimmel Live!

Known for her singing work, including the hit single “Bodak Yellow” and album “Invasion of Privacy”, both managed to top the US Billboard Hot 100 and US Billboard 200 charts.

Cardi B Net Worth

Cardi B has a net worth of $24 million US dollars. She made $170,000 for her performances at the Coachella music festival in California. She also revealed that the fee was fixed months before the release of her debut album and also she spent $300,000 of her own money on her set for Coachella.

She worked in a supermarket in Lower Manhattan and went on to become a stripper at the age of 19 after her former manager at the supermarket suggested to work at the strip club.

In 2013, Cardi B started to garner fame after some of her videos went viral on social media, on Vine and her official Instagram page.

In November 2015, Cardi B made her musical debut on Jamaican reggae fusion singer Shaggy’s remix to his single “Boom Boom”, alongside fellow Jamaican dancehall singer Popcaan.

In February 2017, she partnered with M.A.C and Rio Uribe’s Gypsy Sport for an event for New York Fashion Week.

Cardi B graced the cover of The Fader’s July/August 2017 Summer Music issue.

Cardi B identifies as a feminist.

Cardi B released her single “Please Me” featuring Bruno Mars on February 19, 2019, with an accompanying music video being released on March 1.

Her second album is titled “Tiger Woods” and is scheduled for release in 2020.