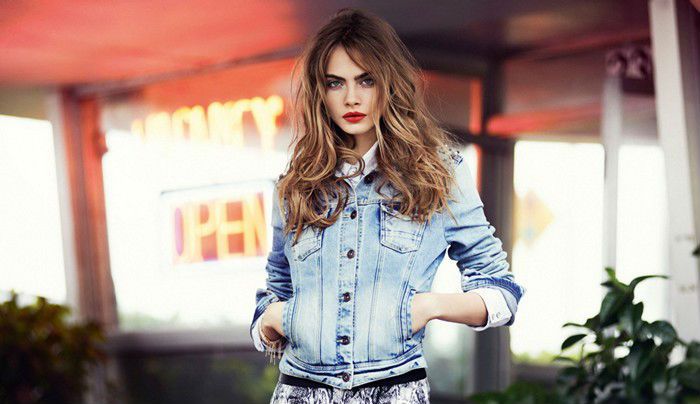 Who is Cara Delevingne?

Cara Delevingne is an English model and actress who is best known for her work as a model for fashion houses including Burberry, Chanel, Mulberry, Dolce & Gabbana, and Jason Wu. She stepped into the fashion world after her school graduation and she didn’t take long to find success in modeling, earning ‘Model of the Year’ award at the ‘British Fashion Awards’ twice in 2012 and 2014. She was featured on covers of various fashion magazines such as Vogue UK, Russh, i-D, Jalouse and Love and advertising campaigns for brands like Chanel, Zara, and H&M. Cara has also starred as Margo in ‘Paper Towns’ (2015), Mermaid in ‘Pan’ (2015),  Enchantress ‘Suicide Squad’ (2016) and Laureline in Valerian and the City of a Thousand Planets (2017).

Cara Delevingne was born on the 12th of August 1992, in Hammersmith, London, the United Kingdom. She is currently 27 years old.

Cara’s parents are Pandora Anne (née Stevens) and property developer Charles Hamar Delevingne. She grew up in Belgravia, London along with her two older sisters, Chloe, and Poppy Delevingne, who is also a model. She also has a paternal half-brother named Alex Jaffe.

Cara Delevingne went to Francis Holland School for Girls in central London and then to Bedales School in Hampshire. she dropped out of Bedales in order to pursue her career as a model.

Rita Ora (2011) – As a bisexual supermodel, Cara Delevingne was rumored to have dated Kosovar singer Rita Ora in 2011.

Harry Styles (2012) – She was rumored to be dating Harry Styles as they were often spotted together at various places.

St. Vincent (2014-2016) – Supermodel Cara Delevingne and American musician St. Vincent were romantically linked with each other for a while. The duo broke up in September 2016.

Ashley Benson (2018-Present) – Cara Delevingne and American actress, Ashley Benson started dating in 2018 and they were spotted together going out on multiple occasions. In August 2018, the two were seen publicly kissing at the Heathrow Airport in London.

Delevingne first walked the runway in the London Fashion Week in 2011, for Burberry Prorsum autumn/winter collection.

She made her first film appearance in the film adaptation of the novel Anna Karenina by Leo Tolstoy, in which she portrayed the character of Princess Sorokina.

Cara played a character of Chole in the television series Playhouse Presents in 2014.

One of the highest-paid modes and the biggest name in the world, Cara Delevingne has a net worth of $28 million dollars. Last year, Cara raked in $9 millions as revenue that comes from modeling assignments, endorsements and movie appearances. Cara has been the face of several fashion and beauty products brands. Her other endeavors include music and design where she has designed fashion collections for DKNY and Mulberry.

Delevingne has quite a few collections of expensive and exotic cars from popular brands like Audi, Nissan, and Bentley, She recently bought an Audi for $150,000 dollars.

The talented and young promising celebrity in fashion bought a $2 million luxury mansion in Hollywood Hills. It is Jared Loto’s former mansion that includes a 4,021 sq-feet of living space, four bedrooms, three bathrooms, a lagoon-style pool, two kitchens, and a recording studio. The Delevingne sisters moved to this house earlier this year.

The two time “Model of the Year” awardee of British Fashion Awards, Cara Delevingne is certainly one of the popular names in the business and also the wealthiest model on the planet.

After completing her high school, Cara aspired to become a model just like her older sister Poppy. At just ten, Cara entered into modeling by appearing in an editorial for Vogue Italia.

The English beauty was discovered by model scout Sarah Doukas and made her sign with his modeling agency, Storm Model Management in 2009. She made her first catwalk debut in February 2011.

In just a span of few years, Cara Delevingne took the fashion world by storm and established herself a name in the business. Since then, she went on to appear on several campaigns for a variety of high-profile designers and fashion houses, including H&M, Blumarine, Zara, Chanel, and Burberry.

The year 2014 was a big year for Delevingne which marked her debut in the movie The Face of A. Since then, she had appeared in a number of box office successes like Suicide Squad, Kids in Love, and London Fields. She has also featured on the best selling game of the decade, Grand Theft Auto V. Cara has collaborated with familiar musicians like Taylor Swift, Bryan Ferry Die Antwoord, ASAP Ferg among others.

Cara has got many tattoos all over her body including a lion on her finger, the Roman numeral XII on her side under her right arm, and “MADE IN ENGLAND” on the sole of her left foot.

In 2017, she revealed that she’s suffering from ADHD, for which she has received treatment ever since she was a child.

In October 2017, Cara published her book “Mirror, Mirror” that contains an LGBT theme and co-wrote by British writer Rowan Coleman.