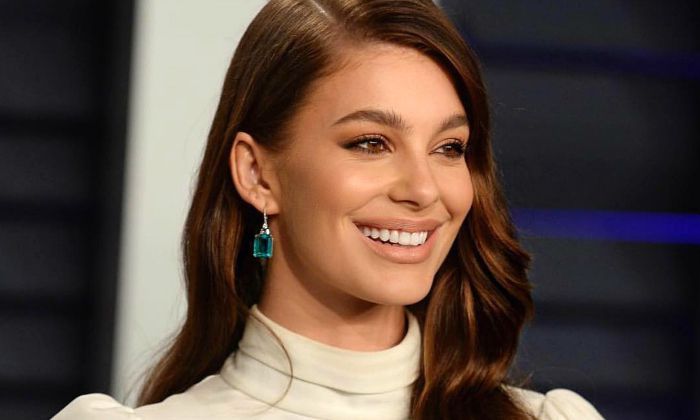 Who is Camila Morrone?

Camila Morrone is an Argentine-born American model and actress probably best known for her intimate relationship with Leonardo DiCaprio, who is about 20 years older than her. She first caught the industry’s attention when she earned a coveted spot on the cover of Vogue Turkey’s September issue in 2016 as well as appeared don Sports Illustrated the same year. Her acting credits include parts in Bukowski, Death Wish, Never Goin’ Back and Mickey and the Bear.

Camila Morrone was born on the 16th of June 1997, in Buenos Aires, Argentina. She is currently 23 years old.

Camila Morrone comes from a family of performers. She is the oldest daughter of Máximo Morrone, a popular male model and actor during his time, and actress Lucila Polak. She has a younger brother named Sky Morrone. Her mother is of half Ashkenazi Jewish and half Slovenian descent.

Her parents divorced when she was just nine years old and shortly after, her mother began dating actor Al Pacino. They remained together for a long time but apparently they never married. As a result, Camila considers him as her stepfather.

Well, with no doubt, this is the most exciting topic that most of you would probably look forward to. Camila Morrone has been in a relationship with actor and environmentalist Leonardo DiCaprio since 2017. This high-profile has since attracted a lot of media attention because DiCaprio is 22 years older than her.

The couple was first spotted together in December 2017 while shopping at Barney’s in Los Angeles. Though they haven’t yet confirmed their relationship, Camila, at times, talks about her relationship with DiCaprio during press meets. But DiCaprio remains tight-lipped for the whole time and has never talked about his love life publicly.

When asked about the age difference between them, Camila told the Los Angeles Times in December that age gaps like theirs have long been a part of Hollywood and “the history of the world” and continued to say that “I just think anyone should be able to date who they want to date.”

Camila Morrone made her mark in the showbiz with a starring role in James Franco’s 2013 biographical film, Bukowski, which starred Josh Peck as the titular writer.

The following year, she appeared as herself in the reality TV show called My Flipping Family.

Camila started off with a modeling gig for Victoria’s Secret’s lookbooks and catalogs in 2016 as well as made her runway debut the same year when she walked the ramp at Moschino’s 2017 resort show.

She made heads turn when she landed a coveted spot on Vogue Turkey in 2016 and later that year, she shot for LOVE’s annual advent calendar series.

Camila has also featured in editorials for Vogue Espańa and Love Magazine as well as for the most prestigious Baywatch. Furthermore, she has also modeled for some of the renowned labels in the industry including Coach and Topshop.

Through her accomplishments as an actor and model, Camila Morrone has accrued a massive net worth for herself. Camila Morrone’s net worth, as of 2019, is estimated at $1.5 million dollars.

Just like other popular faces, Camila Morrone has a massive following across social media platforms. She uses it to connect with her fans as well as promotes herself and her projects.

Morrone is largely popular on Instagram, where she has over 2.2 million followers. She also has her eponymous YouTube channel where she shares her beauty and fitness routines to over 7 thousand fans.

Though she began her professional career as an actress, she is better known as a model as she has achieved great success in modeling.

She returned to acting in 2018 with a supporting role in Eli Roth’s acting film, Death Wish.

Camila’s major breakthrough as an actress came in 2019 in Annabelle Attanasio’s directorial debut Mickey and the Bear. Starring a handful of stars, she earned raves for her performance in the film.

She has appeared on the cover of Sports Illustrated, Jalouse and modeled for Sephora ad campaigns.

On October 18, 2019, Morrone was named the Rising Star Award at the San Diego International Film Festival.

She is represented by IMG models.