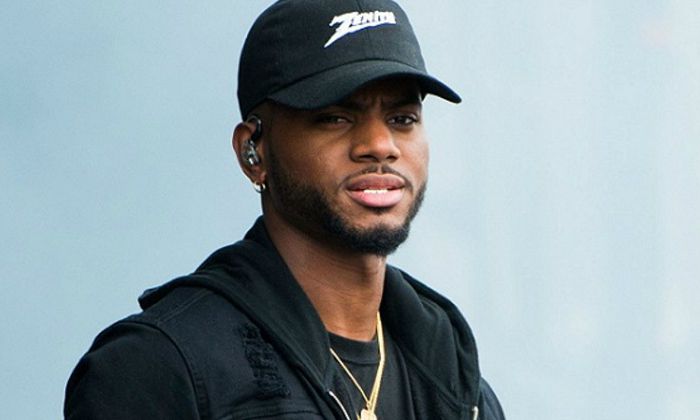 Who is Bryson Tiller?

Bryson Tiller is an American contemporary R&B singer, songwriter, and rapper who is probably known for his studio albums, “Trapsoul” and “True to Self”. He shot to prominence in the pop scene with the early approval from Timbaland and Drake that led to a deal with RCA Records. He grabbed two BET Awards for Best New Artist and Best Male R&B/Pop Artist for his debut single “Don’t”. Additionally, Tiller has also appeared as a featured artist on DJ Khaled’s hit single “Wild Thoughts” also featuring Rihanna and Bryson Tiller, among other appearances.

Bryson Tiller was born on the 2nd of January 1993, in Louisville, Kentucky, United States of America. He is currently 26 years old.

Speaking about his family and early life, very limited information is available on the web. Details about his parents are unknown, however, he had a difficult childhood as his mother died when he was 4 years old. That made him live under the guardianship of his grandmother. He has four brothers, including a younger brother named Eric.

He attended Iroquois High School in southwestern Louisville Kentucky. He became a father to his daughter Harley while still in high school, which probably left him with no choice other than dropping out of school in 2013 in order to provide for his family. He started working at Papa John’s Pizza and UPS to support his family.

Tiller’s first known relationship was with a woman named Mareka Bivens, with whom he has a daughter named Harley. They both dated briefly and parted ways before he found fame. You could see him posting a ton of adorable pictures of the two together on Instagram.

He then dated Cheyanne Sparks from 2015 until 2018 and began dating social media personality Kendra Bailey in 2018.

Bryson Tiller released his debut single, “Don’t”, a lead track from his debut studio album in 2014 on Soundcloud and later dropped it on iTunes in 2015 for digital download. The single peaked at number 13 on the Billboard Hot 100 chart.

Tiller has an estimated net worth of $2 million.

He started rapping when he was 15 years old and recorded his first mixtape “Killer Instinct Vol.1.” in 2011.

He took a break from music in 2013 and worked at UPS and Papa John’s Pizza to provide for his family.

Tiller borrowed $600 from his friend to buy a laptop and a mic to record songs. He came to fame when he began uploading his songs to SoundCloud.

He soon caught the attention of record producer Timbaland and rapper Drake and eventually signed with RCA Records.

Rolling Stone placed Tiller in their list of “10 New Artists You Need to Know” in September 2015.

His biggest inspiration was singer Omarion and other influences include R. Kelly, Lil Wayne, Chris Brown and Drake.

In January 2018, he performed “Wild Thoughts” with Rihanna and DJ Khaled at the 60th Annual Grammy Awards