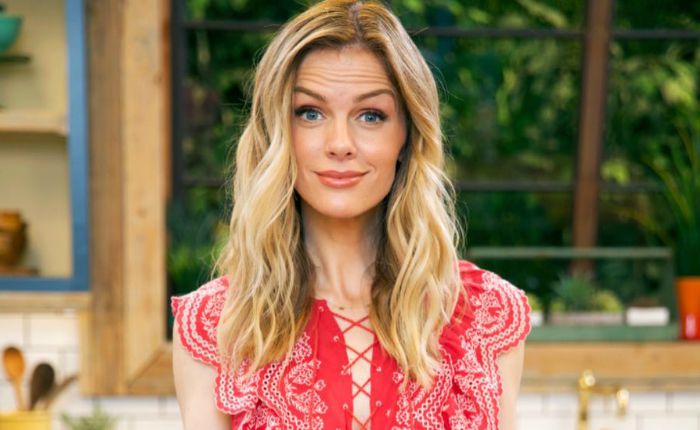 Who is Brooklyn Decker?

Brooklyn Decker an American model and actress who came under the spotlight after her appearance on the Sports Illustrated Swimsuit Issue in 2006. She has appeared in TV series such as Just Go with It, What to Expect When You’re Expecting, and Battleship. She currently portrays Mallory Hanson in the Netflix series Grace and Frankie.

Brooklyn Decker was born on the 12th of April 1987, in Kettering, Ohio, United States of America. She is currently 32 years old.

Decker is the daughter of Stephen Michael Decker, a pacemaker salesman and Tessa Renee (Moore), a nurse. She has a younger brother, Jordan.

Talking about her educational background, there is no information available about the educational institutions in which she graduated.

Brooklyn Decker married retired American tennis player, Andy Roddick, on April 17, 2009. They first met at the 2007 Davis Cup final and they son began dating. The couple got engaged on March 31, 2008. The couple has two children, a son Hank Roddick (b. September 2015) and a daughter named Stevie Roddick (b. January 2018).

Brooklyn Decker made her feature film debut with the romantic comedy film, “Just Go With It” in 2011. She played the role of Palmer Dodge, which earned her a Teen Choice Award for Choice Movie: Breakout Female.

In 2007, Decker appeared as Rebecca Fellini in the TV pilot Lipshitz Saves the World.

She is best known for her work as a model during which she appeared in Sports Illustrated Swimsuit Issue in a row between 2006 and 2011.

As an actress, she earned critical acclaim for her portrayals of Jules Talley in the CBS sitcom Friends with Better Lives, Mallory Hanson in the Netflix series Grace and Frankie.

Decker has a net worth of $10 million. She lives with her family in Austin, Texas. Her husband, Andy Roddick bought a home in Austin, Texas in November 2003 for just under $2 million. Located on Lake Austin, the two-story home offers a spacious 5,558 square feet. Decker also owns a four bedroom, two bathroom home with 2,164 square feet, for $197,500, which she purchased in 2000.

Decker was discovered by a modeling scout while she was shopping in a Charlotte shopping mall at the age of 16 years old.

After she pursued her modeling career, she became the face of Mauri Simone, a prom dress maker.

In 2003, she won the Model of the Year award at the Connections Model and Talent Convention.

Decker has been featured in the Sports Illustrated Swimsuit Issue for six consecutive years from 2006-2011 as well as appeared on the cover of the 2010 edition.

Decker has also modeled for Victoria’s Secret, The Gap and many other labels.