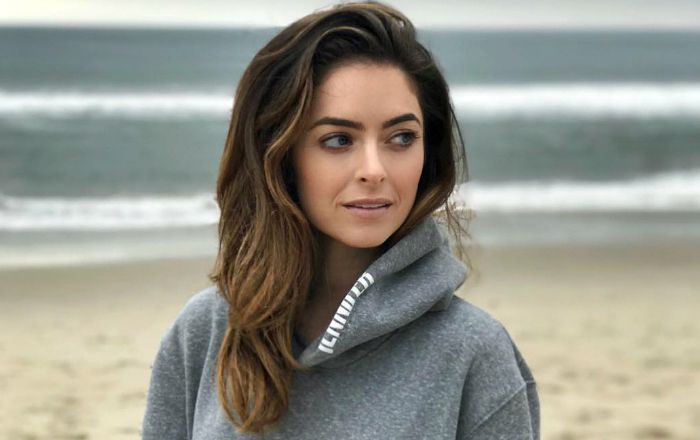 Who is Brooke Lyons?

Brooke Lyons is an American actress probably best known for her role as Peach Landis in the CBS sitcom 2 Broke Girls. She played Amy in the 2008 film Welcome Home Roscoe Jenkins. She is one of the casting members of The CW sitcom Life Sentence.

Brooke Lyons was born on the 8th of November 1980, in Washington, D.C., United States of America. She’s currently 39 years old.

Brooke Lyons is the daughter of Penny A. (née Sousa), a dancer and James R. Lyons, a surgeon. She is of Italian, Irish and Portuguese descent

Brooke learned to dance at the Joffrey Ballet School, the New England Ballet School in Connecticut, and the Boston Ballet. However, she could not able to continue her passion after she was diagnosed with scoliosis. While she was in ninth grade, she had to wear a back brace due to her diagnosis.

She attended Yale University and majored in ‘English Literature’. She was also a member of the “Arts and Letters” Manuscript Society.

Brooke Lyons married film producer Max Osswald on April 26, 2014. Together, they have a son.

In 2005, Lyons made her acting debut with the film The Trap for her role as Erica.

Beginning her career in 2004, she played the role of Erin on NBC sitcom “American Dream” in an episode titled “A Clear and Present Danger”.

Her most notable starring roles to date were Peach Landis in the  CBS sitcom 2 Broke Girls and as Amy in the 2008 film Welcome Home Roscoe Jenkins.

As a child, she was very much obsessed with dancing and studied dancing in different schools. But, unfortunately, she was diagnosed with scoliosis and had to leave behind her dreams of becoming a dancer.

She founded the Connecticut Scoliosis Association during her freshman year at Yale University.

She launched a book titled Scoliosis: Ascending the Curve in 1999 that described her experiences with the disease.

A successful actor in the TV circuit, Lyons has more than 20 series to her credit including  American Dreams, That’s So Raven, The Starter Wife, and Desperate Housewives, 2 Broke Girls, The Affair, and Jane by Design, to name a few.

She has been cast as Elizabeth in The CW comedy-drama series, Life Sentence.