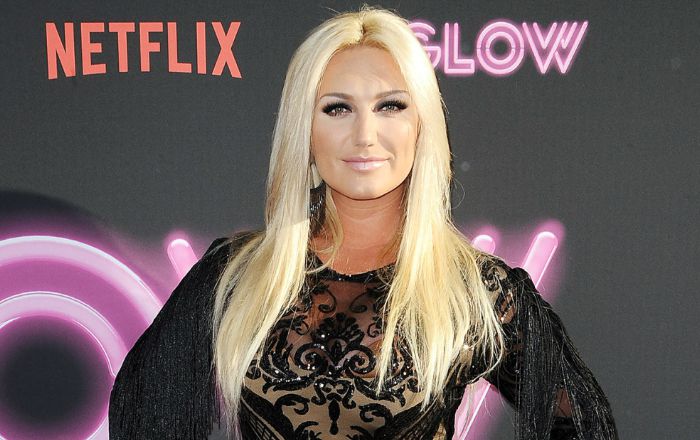 Who is Brooke Hogan?

Brooke Hogan is a famous actress, singer and television personality who gained fame as the daughter of the famous wrestler Hulk Hogan. She is best recognized for her hit reality television series ‘Hogan Knows Best’, and its spin-off series ‘Brooke Knows Best’. She has appeared in films such as ‘Skum Rocks!’ and ‘L. A. Slasher’. As a singer, Brooke has released three studio albums till date, and her debut album ‘Undiscovered’ was also a great commercial success, receiving an overwhelming response from fans.

Brooke Hogan was born on the 5th of May 1988, in Tampa, Florida, United States of America. She’s currently 31 years old.

Brooke Hogan graduated from the Clearwater Central Catholic High School at the age of 16.

In June 2013, Hogan got engaged to Dallas Cowboys center Phil Costa. However, their relationship didn’t last long and they called off their engagement in November 2013.

She was previously in relationships with many persons including rapper Yannique Barker, rapper Stack$, choreographer Jonathan Prater, and Jerry Reid.

Brooke Hogan released her debut studio album, ‘Undiscovered’ on 24 October 2006. The album’s lead single “About Us” peaked at #33 the Billboard Hot 100. The album debuted at #28 on the Billboard 200, and #1 on the Independent Albums charts in the US, selling an estimated 127,000 copies in the United States.

She has released her second album ‘The Redemption’ in July 2009 and ‘I Wanna Be Your Girlfriend’ in September 2015.

In 2009, she made her first screen appearance in the family drama movie, Little Hercules in 3D.

From 2005 until 2007, Brooke Hogan hosted her own reality TV series ‘Hogan Knows Best’ with her father, Hulk Hogan. The series chronicled her struggles and family life. She revealed that her father tracked her whereabouts by placing a GPS tracker on her vehicle. He was also very strict with her dating but he loosened up after her eighteenth birthday.

She was first appeared in one-hour long television special ‘(Inside) Out: Hulk Hogan, Stage Dad’ with her father.

Brooke made her WWE debut on the July 15, 2006 episode of Saturday Night’s Main Event, appearing with her father.

Brooke was immensely popular for her first album, ‘Undiscovered’. The lead single “About Us” from the album was an instant hit.

She gained significant success through her work as a reality TV star with series, ‘Hogan Knows Best’ and its sequel, ‘Brooke Knows Best’. Both the series chronicled the struggles in her life and attracted high ratings.

Brooke has a net worth of $6 million. That money came mainly from her TV and film appearances and other public appearances.

She was also among cheerleading squad while studying at the Clearwater Florida School and during the freshman year in high school. She also sang inhibitor chorus in high school.

In 2002, she was singed to Tans Continental Records and released the single ‘Everything to Me’, which debuted at #1 on the Hot 100 Singles Sales chart and #97 on the Billboard Hot 100.

To promote her work, she and her father appeared in the hour-long profile (Inside) Out: Hulk Hogan, Stage Dad on VH1. The success of the show led Brooke and her family to start their own reality series, Hogan Knows Best.

In 2004, she toured with Hilary Duff and the Backstreet Boys throughout the US to promote her debut album, ‘Brooke Hogan: This Voice’, but the album was never released.

She became the first cover model under the age of 21 to appear on the cover of the November 2006 edition of the FHM magazine.

In 2018, Brooke Hogan appeared as one of the competitors on the third season of MTV reality game show, The Challenge: Chanps vs. stars.