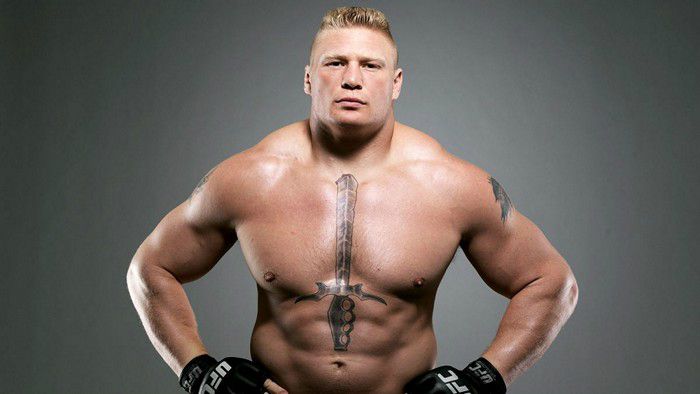 Who is Brock Lesnar?

Brock Lesnar, popularly known as The Beast, is an American professional wrestler, football player, and a former martial artist. He became an amateur wrestler and footballer during his high school days. He entered into the ring 200 and became the youngest WWE champion at the age of 25 and also holds the record of being the second fastest wrestler to do so since debut. Lesnar took hiatus from wrestling in 2004 to further his football ambition where he signed with the Minnesota Vikings and played several preseason games with the team. He also made a cameo appearance in the American biographical sports crime drama film ‘Foxcatcher’ and has featured on many videos games.

Brock Lesnar was born on the 14th of July 1977 in Webster, South Dakota, United States of America. He is currently 42 years old.

Brock Lesnar’s parents are Stephanie and Richard Lesnar. He spent his childhood in his parents’ dairy farm in Webster. He has two older brothers, Troy and Chad, and a younger sister, Brandi.

Brock attended Webster High School and then went to Bismarck State College in Bismarck, North Dakota. He took part in several amateur wrestling competitions while in school and college and placed several prices.

Lesnar won the National Junior College Athletic Association (NJCAA) heavyweight wrestling championship in his sophomore year. He was then transferred to the University of Minnesota on a wrestling scholarship for his junior and senior college years.

Brock also two children from his ex-lover Nicole McClain, son Luke (b. Brock Jr. in June 2001) and daughter Mya (b. April 2002). He also has a stepdaughter Mariah, daughter of Sable and her late husband Wayne Richardson.

Brock had his wrestling debut in October 2000 where he played several dark matches before appearing on WWF television. He made his television debut in 2002. In June 2002, Lesnar won the King of the Ring tournament, defeating Bubba Ray Dudley in the first round, Booker T in the quarter-finals, Test in the semi-finals and Rob Van Dam in the finals.

Lesnar made a cameo appearance in the American biographical sports crime drama film ‘Foxcatcher’ in 2014.

Since 2008, Brock has appeared in a number of television shows, including E:60, Rome Is Burning, Late Night with Jimmy Fallon, UFC Ultimate Insider, among others.

It’s no wonder why Lesnar is a favorite of several people, thanks to his aggressive and unique style of wrestling. Brock Lesnar has an estimated net worth of US$28 million as of 2019.

In 2005, Brock appeared in ‘New Japan Pro-Wrestling’, making him one of the few American wrestlers to win the IWGP Heavyweight Championship.

In 2006, Brock Lesnar announced his desire to join the K-1’s mixed martial arts league, after which he trained with the Minnesota Martial Arts Academy.

In 2012, he won the World Heavyweight Championship by defeating the undisputed John Cena.

He has also made a Guinness World Record for being the youngest person ever to win the WWE Championship, at the age of 25.