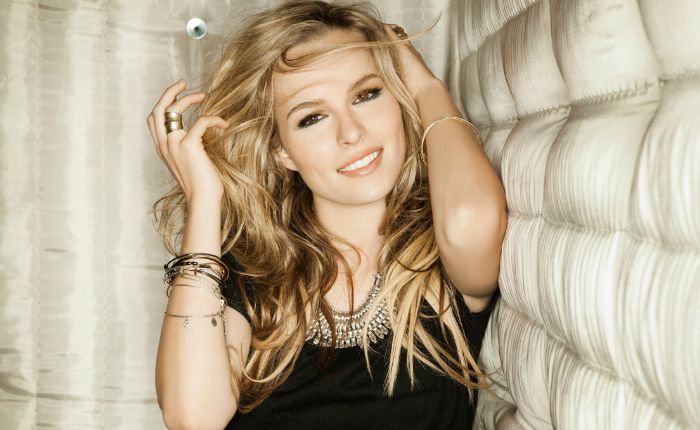 Who is Bridgit Mendler?

Bridgit Mendler is an American actress and singer who is best known for her appearances in several Disney productions. She gained prominence after landing the role of Juliet van Heusen on Wizards of Waverly Place. and went on to play the role of Teddy Duncan in the Disney Channel Original Series Good Luck Charlie. The latter earned a 2010 Teen Choice Award nominations for Breakout TV Female Star. She also dubbed as Olivia in Disney’s television film Lemonade Mouth, through which she took a new avatar as a singer. Her two tracks from Lemonade Mouth made it to the US Billboard Hot 100. As a singer, she made the leap to international fame with the release of her platinum debut album “Hello My Name Is….” which peaked at number 30 on the Billboard 200.

Bridgit Mendler was born on the 18th of December 1992, in Washington, District of Columbia, United States of America. She is currently 27 years old.

Mendler was born to parents Sandra Ford-Mendler and Charles Mendler. She has a younger brother named Nicholas with whom she grew up. She has German, English, Scottish, French, and Irish ancestry.

In May 2018, she announced on Twitter that she started a graduate program at MIT with a focus on improving social media: “As an entertainer, for years I struggled with social media because I felt like there was a more loving and human way to connect with fans.”

Mendler was in a relationship with actor Shane Harper from May 2011 to November 2015. They first met on the set of “Good Luck Charlie,” and soon became friends with each other. In fact, she played his love interest in the TV series. Mendler stated in an interview that they started dating after being friends for almost two years. She ended her relationship with Harper in November 2015.

As a voice actress, she made her debut with the 2004 animated film “The Legend of Buddha,” in which she gave voice to the character named Lucy.

She landed her first acting role, as Pamela Jones, in the comedy-drama film “Alice upon Down” in 2007.

Bridgit Mendler debuted on television with a guest-starring role on the American daytime sitcom General Hospital in 2006.

She released her debut studio album “Hello My Name Is…”, on October 22, 2012, by Hollywood Records. The album was an international hit, peaking in a few countries as Poland, Australia, United Kingdom, France, Spain. the album debuted at number 30 on the US Billboard 200.

The album’s debut single “Ready or Not” was certified gold in Norway, and platinum in New Zealand, United States and Canada and peaked at number 49 on the Billboard Hot 100. The second single “Hurricane” peaked at number 1 on the Billboard Bubbling Under Hot 100 in the United States and has been certified gold in the USA for selling 500,000 copies.

Mendler has given a lot of memorable performances in both films and TV series over the course of her acting career. Her most remarkable work was her role as Teddy Duncan in the Disney TV show “Good Luck Charlie”. She received mostly positive critical acclaim for her performance in the series. The series spanned four successful seasons running for 97 episodes.

She further her success with the release of her studio album “Hello My Name Is…” in 2012. The album’s lead single “Ready or Not” became an international Top 40 hit, with being certified gold in several countries and peaked at number 49 on the Billboard Hot 100. The album itself debuted at number 30 on the US Billboard 200.

Mendler played the role of Candace on the NBC comedy series Undateable from season 2 to season 4.

She has featured in many of Target’s campaigns including “Give with Friends”, “Summer Shop” and “Give with Target”.

Bridgit Mendler has an estimated net worth of $2 million. She resides in Mill Valley, California.

At age eight, she moved with her family to Mill Valley, California, where she got herself involved in local dramatic and musical theatre.

Mendler became the youngest performer to play roles and sing in the San Francisco Fringe Festival at the age of eight years old.

In 2009, she gave audition for the role of Sonny Monroe on “Sonny with a Chance” but that part went to Demi Lovato.

That same year, she won the Role Model of the Year award by Common Sense Media, making her the second-youngest artist to win the award, after Miranda Cosgrove.

She cites Bob Dylan as her biggest musical influence. In acting career, she considers Jamie Foxx, Natalie Portman, and Rachel McAdams as her influences.

She won the Radio Disney Music Awards in the category of Best Acoustic Performance for her single “Ready or Not”.

She’s a mezzo-soprano and she can play guitar, keyboard, and keytar.