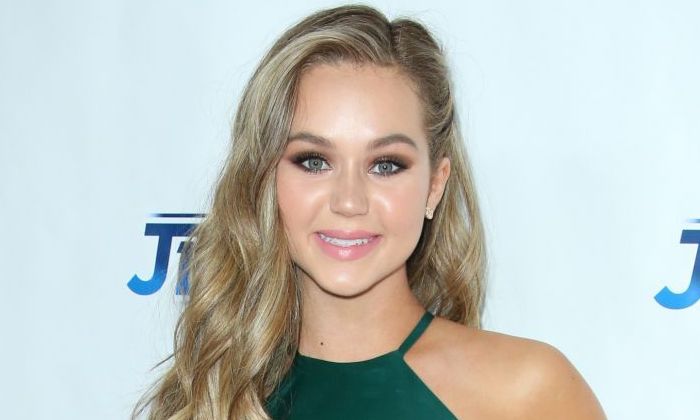 Who is Brec Bassinger?

At just 21 years old, Brec Bassinger has already established herself as a successful actress. Hailing from Saginaw, Texas, she is perhaps known best for portraying the titular role on DC Universe’s Stargirl. Her first major breakthrough was Nickelodeon’s “Bella and the Bulldogs,” which saw her playing Bella. She had recurring roles in Nickelodeon’s School of Rock and The Haunted Hathaways. Her film credits include Status Update and 47 Meters Down: Uncaged. At such a young age, she has already attained so much success that many young women only dream of. She is athletic and beautiful and has attracted over1.6 million Instagram followers from all over the world.

Brec Bassinger was born on the 25th of May 1999, in Saginaw, Texas, United States of America. She is currently 21 years old.

Very little is known about Brec’s personal life as details about her family or early life or education have never been disclosed. She was raised alongside her two brothers, Brice and Beric in her hometown of Saginaw, Texas.

She attended Saginaw High School where she was a competitive cheerleader.

Talking about the romantic aspect of her life, Brec has been in a relationship with actor Dylan Summerall since 2017. The couple made their relationship public in September 2017.

Brec Bassinger started off her acting career at the age of 13 when she guest-starred in an episode of ABC’s The Goldbergs, playing her part as Zoe Macintosh. That same year, she got her big break after she was picked up to play Emma on Nickelodeon’s The Haunted Hathaways, a sitcom that centered on a single mom and two daughters who move into a haunted house.

Two years later she made her TV debut, Brec landed her first major role on Nickelodeon’s Bella and the Bulldogs. She quickly found success playing the role of Bella Dawson alongside actors Coy Stewart, Jackie Radinsky, and Buddy Handleson.

Through her acting accomplishments, Brec has managed to make a name for herself in Hollywood very early in her career. She starred in subsequent Nickelodeon projects that included Liar, Liar, Vampire, School of Rock, and The Loud House. In 2018, she played Roni on Hulu ‘s All Night.

The gorgeous Texas-native has been making waves in the show business ever since her inception into the industry. She has achieved great success at such a young age and there is no doubt that her popularity will only continue to skyrocket. According to various sources, it is estimated that Brec Bassinger’s net worth, as of 2020, would be around $500,000, earned primarily through her professional acting career.

Brec has taken the world by storm and had already proven that accomplishing goals need only the effort, patience, and the proper amount of talent. Through her charming personality, she has attracted millions of people from all over the world.

She is a hit on Instagram, where she has accrued over 1.6 million followers on her @brecbassinger page. Her fans love the pictures she posts on Instagram. She has a little over 100 thousand followers on Twitter.

She played basketball and volleyball and even participated in track / field events in school.

At the age of 8, she was diagnosed with Type 1 Diabetes and has since been in the treatment.

She began doing beauty pageants since her young age and was even named the 2009 World’s Our Little Miss.

An interesting tidbit about Brec is that she can speak all the English alphabets backwards.

Her favorite movie is The Notebook.

She has three dogs and a snake.