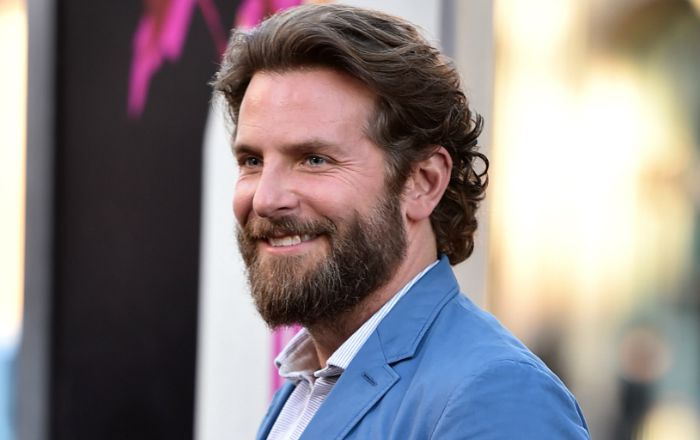 Who is Bradley Cooper?

American actor Bradley Cooper who is best known for his significant roles in films like Limitless (2011), Silver Linings Playbook (2012), American Hustle (2013), and American Sniper (2014). He received Academy Award nominations four times throughout his acting career and the tenth actor to receive an Academy Award nomination in three consecutive years. He had also won several other prestigious awards and nominations and was included in Forbes Celebrity 100 list twice in 2014 and 2015.

Bradley Cooper was born on the 5th of January 1975, in Philadelphia, Pennsylvania, United States of America. He’s currently 44 years old.

Bradley Cooper is the son of Gloria (née Campano), who worked for the local NBC affiliate and Charles Cooper, who worked as a stockbroker for Merrill Lynch. He has an older sister named Holly Cooper. His father is of Irish descent while her mother is Italian.

graduated from Germantown Academy in 1993. After that, he enrolled at the Villanova University and attended for a year there before transferring to Georgetown University from where he earned his BA honors in English in 1997.

Cooper earned his Master of Fine Arts degree in acting from the Actors Studio Drama School at The New School in New York City in 2000.

Copper was in a relationship with Russian supermodel Irina Shayk from April 2015 until June 2019. In November of that year, he moved along with her and they welcomed their first daughter in March 2017. In June 2019, many tabloids reported that Cooper and Shayk had split after being together for four years.

Bradley Cooper married actress Jennifer Esposito in December 2006. In May 2007, Esposito filed for a divorce that was finalized in November.

The actor was romantically linked with Zoe Saldana in December 2011 which ended in January 2013. Then, he was involved in a relationship with English model Suki Waterhouse who is 17 years his junior in March 2013. However, the couple broke out in March 2015 because of their age difference and Waterhouse’s desire to focus on her career.

His first television appearance came in 1999 when Cooper guest appeared in the comedy-drama TV series Sex and the City for his role as Jake in an episode “They Shoot Single People, Don’t They?”

Being credited as one of the most versatile actors of the present time, Cooper is known for his work in films including The Hangover Trilogy, Limitless, The Place Beyond the Pines, Silver Linings Playbook, American Hustle, and American Sniper.

He also received rave reviews for his voice roles in films like Guardians of the Galaxy Vol. 2 and Avengers: Infinity War.

He was featured in Häagen-Dazs commercial in 2013.

Cooper is one of the most marketable actors in Hollywood and has an estimated net worth of $100 million. He has been a part of several successful movies over the years. He earned over $40 million in 2014 and is one of the highest paid actors in the entertainment industry.

His automobile collection includes a Toyota Prius, a Mercedes G500 SUV, an Aprilia Mana 850GT ABS, a Triumph Thruxton and a Ducati Panigale 1199.

While studying at Germantown Academy, he worked at the Philadelphia Daily News.

Cooper played Will Tippin in the action series Alias from 2001 to 2006.

In 2011, People magazine named him the Sexiest Man Alive and was awarded with “International Man of the Year” title by GQ magazine.

His stellar performance in the 2012 movie Silver Linings Playbook earned him 9 awards.

In 2013, Cooper ranked tenth on Empire’s list of the 100 Sexiest Movie Stars.

Cooper is a huge fan of the National Football League’s Eagles.