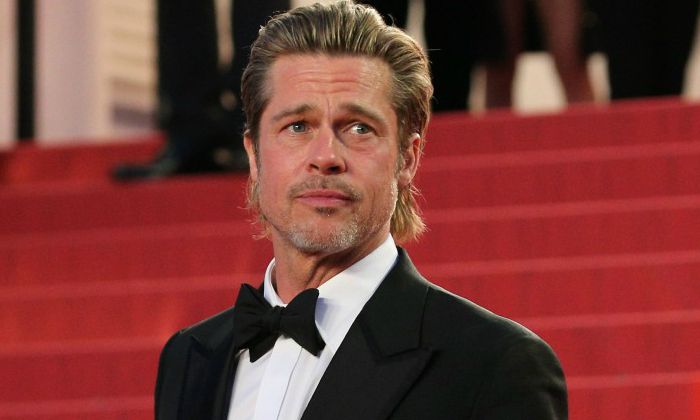 Who is Brad Pitt?

Brad Pitt is an Academy Award-winning actor and producer from Shawnee, Oklahoma. Over the years, he has starred in a handful of critically acclaimed and commercially successful movies. He found success in his early career with appearances in the crime thriller Seven and the science fiction film 12 Monkeys, both released in 1995, with the latter earning him a Golden Globe Award and an Academy Award nomination. He followed up with such major hits as Ocean’s Eleven, Troy, Mr. & Mrs. Smith, and World War Z, The Curious Case of Benjamin Button and Moneyball. As a producer, his credits include Academy Award-winning movies, The Departed (2006) and 12 Years a Slave (2013). Brad is perhaps known for his high-profile relationships with actresses Jennifer Aniston and Angelina Jolie. People magazine named him the “Sexiest Man Alive” twice in his time.

Brad Pitt was born on the 18th of December 1963, in Shawnee, Oklahoma, United States of America. He is currently 56 years old.

Pitt was born the eldest of three children in a devoutly Southern Baptist family. His father, William Alvin Pitt, owned a trucking company, and his mother, Jane Etta (née Hillhouse), was a school counselor. He has two younger siblings, Douglas Mitchell (born 1966) and Julie Neal (born 1969).

He has English, some Scots-Irish/Northern Irish, and small amounts (to varying degrees) of German, Scottish, Welsh, Irish, Swedish, Dutch and French ancestry.

Pitt studied at the Kickapoo High School. During his time in school, he was a member of the golf, swimming and tennis teams. He also showed interest in extra-curricular activities like participating in school’s Key and Forensics clubs, in school debates, and in musicals.

After graduating from high school, Pitt enrolled to study journalism with a focus on advertising at the University of Missouri but dropped out just two weeks before graduating and moved to Los Angeles to pursue acting.

Brad Pitt’s romantic life has always enticed widespread media attention due to his relationships with big names in the industry. His early relationships include Robin Givens, Jill Schoelen, and Juliette Lewis. He then dated his ‘Seven’ co-star Gwyneth Paltrow from 1994 to 1997.

Pitt married actress Jennifer Aniston in a private wedding ceremony in Malibu on July 29, 2000. The couple decided to split after five years of marriage in January 2005, following a divorce in October of that year. He paid $29 million in a divorce settlement to Aniston.

Soon after announcing their split, Pitt began dating actress Angelina Jolie, his Mr. & Mrs. Smith co-star in 2004. This relationship was highly publicized by media and they revealed in 2006 that they feel in love with each other. Media dubbed the couple as “Brangelina”

Pitt and Jolie were engaged in April 2012 and got married on August 23, 2014, in a private ceremony in Château Miraval, France. The couple separated in September 2016 citing irreconcilable differences and on April 12, 2019, the court granted a divorce to them.

They have six children together, including a daughter, Shiloh Nouvel (born May 27, 2006), as well as twins, Knox Léon and Vivienne Marcheline (born July 12, 2008). In addition, the couple also adopted three children, Maddox Chivan, Pax Thien, and Zahara Marley. The three were born in Cambodia, Vietnam, and Ethiopia, respectively.

Several media outlets alleged that actors Brad Pitt and Charlize Theron are dating in January 2019 after they worked together for the Breitling campaign.

Brad made his onscreen debut with uncredited roles in movies like ‘Hunk’, ‘Less Than Zero’, ‘No Way Out’, and ‘No Man’s Land’.

In 1998, he was booked for a starring role as Rick in the drama film ‘The Dark Side of the Sun’, which is slated to be his first of many lead roles.

Brad made his first television appearance in 1987, portraying Chris in two episodes of the NBC sitcom ‘Another World’.

Brad received critical acclaim for his portrayal of David Mills, a detective on the trail of a serial killer, in David Fincher’s disturbing and gory thriller, Seven alongside Morgan Freeman and Gwyneth Paltrow. The film was released in 1995. This role was his first breakthrough in his career, which earned $327 million at the international box office.

In 2005, Pitt starred in another blockbuster action flick Mr. And Mrs. Smith opposite Angelina Jolie. Despite receiving mixed reviews, Pitt and Jolie were lauded for their onscreen chemistry. The film emerged as one of the biggest hits of 2005, minting $478 million worldwide.

Pitt received his first Oscar as an actor for his role as Gerry Lane in the zombie-apocalyptic thriller World War Z (2013). It was his highest-grossing film, which earned $540 million at the box office worldwide.

At the very beginning of his acting career, he went through a lot of hardships in establishing himself as an actor in the showbiz.

During the struggling days, he worked as a limo driver, handed out cigarette samples and dressed up as a giant chicken for a fast-food restaurant.

Pitt has been featured in various “Top lists” by a handful of magazines like Empire, People, Forbes, and many others.

He was considered for the lead role in The Matrix (1999), but Keanu Reeves was cast instead.

Brad Pitt was banned from China for appearing in Seven Years in Tibet.

People Magazine named Pitt as Sexiest Man Alive in 1995 and again in 2000, making him the first man to achieve that incredible feat.

Pitt is a member of the Sigma Chi Fraternity. The Xi Xi chapter at the University of Missouri, Columbia.

He has a single-engine land pilot license.

He is known for his humanitarian efforts and has donated millions of dollars for charities.

He is a huge supporter of same-sex marriages and opposes California legislation banning such unions.