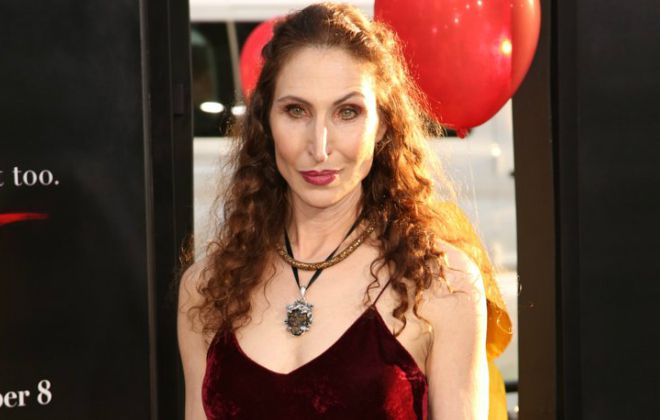 Who is Bonnie Aarons?

Bonnie Aarons is an American actress best known for her portrayal of demon nun known as Valak in ‘The Conjuring 2’ and its subsequent spinoff, ‘The Nun’. She also played Bum in ‘Mulholland Drive’, and Baroness Joy von Troken in ‘The Princess Diaries’ film franchise.

Not much is known about her family as well as her childhood. She prefers to keep her personal life away from the spotlight.

Bonnie Aarons has kept her personal life away from the media and therefore we are unable to say anything about her love life or her relationship status.

Bonnie’s first film appearance was in the 1994 American comedy-thriller film, ‘Exit to Eden’, playing a role of a prostitute.

Her first major role came in 2001 when she was cast as The Bum in the neo-noir mystery film, ‘Mulholland Drive’.

Though, she hasn’t been a cast in any TV series, she was seen in the 1999 television film, ‘Mulholland Dr.’, portraying The Bum.

Her net worth is estimated to be around $500 thousand dollars.

She developed an interest for acting at a very young age, and after her graduation, she took acting lessons in a popular acting school in New York.

Though she is now a celebrated actress, especially among the fans of The Conjuring series, she struggled a lot to get proper acting gigs in movies in her early career.

She had small roles in a handful of hit horror movies such as I Know Who Killed Me, Drag Me to Hell, and Mulholland Drive.

She caught the attention of the moviegoers only after landing the role of the demon nun in ‘The Conjuring’ series.

In 2011, Bonnie won the Film Award in the category of Outstanding Cast Performance for her stellar performance in ‘Dahmer vs. Gacy’. She also won the Festival Award in 2017 for ‘Nocturnally Yours’.