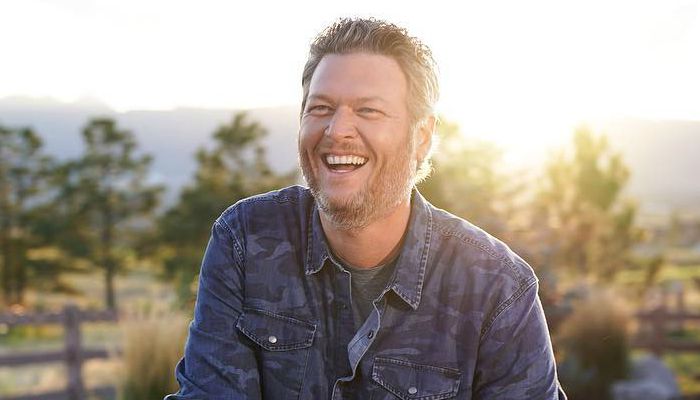 Who is Blake Shelton?

Blake Shelton is one of the most recognizable faces in the American country music scene. He is a singer, songwriter, and television personality who is probably known for his hit single ‘Austin’ that peaked at no. 1 on Billboard Hot Country chart for more than 5 weeks in 2001. His self-titled studio album, which was released in the same year, peaked at No. 3 on the US Billboard Top Country music chart. Shelton has since then released a number of singles and studio albums. The contemporary star is also famous for his role as a judge on popular TV shows like ‘Nashville Star,’ ‘Clash of the Choirs,’ and ‘The Voice.’ In 2016, he played a voice role in the popular animated film ‘The Angry Birds Movie’.

Blake Shelton was born on the 18th of June 1976 in Ada, Oklahoma, United States of America. He is currently 43 years old.

Blake’s father, Richard Shelton (Died – January 17, 2012), was a used car dealer and his mother, Dorothy Shelton, owns a beauty Salon. He has two siblings. His older brother, Richie Shelton, died in a car accident in November 1990. His older sister is named Endy Shelton. Talking about his education, there are no details available at the moment.

Blake has been married twice. His first marriage was with his longtime girlfriend Kaynette Gern. They married on November 17, 2003 and happily lived together for three years before before divorcing in 2006.

He started seeing fellow country music singer, Miranda Lambert in 2005. She sang background vocals on his cover of Michael Bublé’s song, “Home.” He proposed her in May 2010 and married her on May 14, 2011, in Boerne, Texas. On July 20, 2015, the couple announced that they were separating and their divorce was finalized the same day.

Blake is currently in a relationship with singer Gwen Stefani. They fell in love with each other while co-judging the reality show The Voice in 2015.

He released his first single “Austin” in 2001 which ranked no 1 on the Billboard Hot Country Songs for five weeks.

Blake dropped his first self-titled album on July 31, 2001, via Giant Nashville. It was certified Platinum in the U.S. and charted at #3 in the US Country Songs chart. The album featured 10 tracks, making it a total length of roughly 35 minutes.

He made his screen debut as himself in the television movie ‘The Christmas Blessing’ in 2005. In 2015, he was cast in the role of Wyatt Earp in Frank Coraci’s western comedy film ‘The Ridiculous 6.’

As a voice actor, he provided his voice to the character named Earl in the 2016 animated film, The Angry Birds Movie.

Blake Shelton made his first television appearance with the American reality singing show, The Voice in 2011. Since, then he has been associated with the NBC show.

Shelton is acclaimed for his singles and albums like ‘Austin’, ‘Blake Shelton’, ‘The Dreamer’ and ‘If I am Honest’.

He has been affiliated with several brands Samsung Galaxy Note II, Walmart, J. C. Penney, Nascar and numerous others. He was the face of Pizza Hut’s Barbecue Pies in May 2014.

Blake Shelton has an estimated net worth of US$60 million as of 2019, with annual earnings of US$ 20 million. He owns a fabulous Mansion worth $6 million in Nashville featuring a swimming pool, a Jacuzzi, a Sauna and Home Office. Shelton has a ranch of 1200 acre located outside of Tishomingo, Oklahoma. The property is valued at US$2.3 million which features many small guest rooms, a luxurious spa, a private dock, and a three-section pool.

He started his music career at a very young age of 12 while he wrote his first song at 15.

Shelton has several awards to his credits including  five Academy of Country Music Awards, eight American Country Awards, 24 American Society of Composers, Authors and Publishers (ASCAP) Awards, and 24 BMI Country awards, among others.

He is an eight-time Grammy Award nominee.

He was inducted into the Grand Ole Opry in 2010, for his many accomplishments in country music, and into the Oklahoma Hall of Fame in 2014, attaining the highest honor one can receive from the state.

In 2017, he received the NATPE Reality Breakthrough Award for Best Reality Personality for his role as a judge in The Voice show.