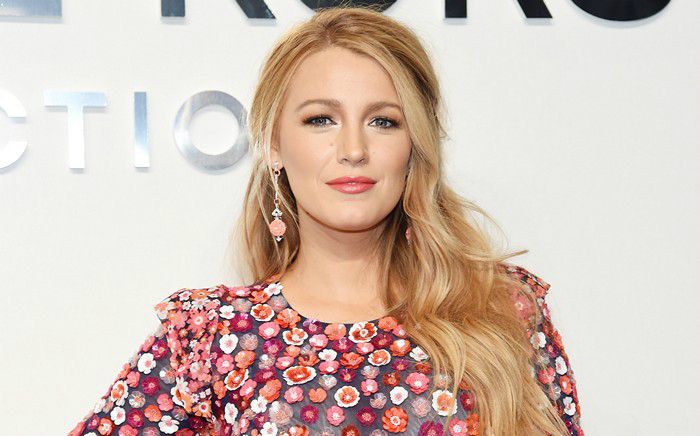 Who is Blake Lively?

American actress who won three Teen Choice Awards for portraying her character as Serena van der Woodsen in the CW teen-drama television series Gossip Girl. Blake Lively is a famous actress known for her work both in small and big screens. She has starred in dozens of films, including the critically acclaimed The Sisterhood of the Traveling Pants, The Town, Green Lantern, Savages, The Age of Adaline, and The Shallows.

Blake Lively was born on the 25th of August 1987, in Tarzana, Los Angeles, California, United States of America. She is currently 32 years old.

Blake Lively is the daughter of Elaine (née McAlpin), a talent scout, and Ernie Lively (né Ernest Wilson Brown, Jr.), an actor. She has an older brother named Eric Lively, who is also an actor and three older half-siblings, Lori, Robyn, and Jason, all are actors. Her half-siblings are from her mother’s previous marriage.

Her ancestry is English, with smaller amounts of Scottish, German, and Welsh.

Blake attended Burbank High School, where she was a senior class president, a cheerleader and a member of the championship choir. She attended thirteen different schools before graduation from highs school.

Blake Lively began dating her Green Lantern co-star Ryan Reynolds in early 2011 and married on September 9, 2012, at Boone Hall Plantation in Mount Pleasant, South Carolina. Her engagement ring was designed by Lorraine Schwartz and cost $12 million. Together, they have two daughters, James Reynolds, born ion December 16, 2014, and Inez Reynolds, born on September 28, 2016. On May 2, 2019, the couple announced on social media that they are expecting their third child.

Prior to her marriage with Ryan, Lively was in a relationship with stars Kelly Blatz, Penn Badgley, Ryan Gosling, and Leonardo DiCaprio.

Blake Lively had her first acting role as Trixie/Tooth Fairy in the 1998 film Sandman, which was a minor role.

Her first major role in a film was as Bridget Vreeland in the 2005 film The Sisterhood of the Traveling Pants, for which she received a Teen Choice Awards nomination for Choice Movie Breakout Female.

From 2007 until 2012, Blake played the main role of Serena van der Woodsen in the CW teen-drama television series Gossip Girl. She appeared in a total of 121 episodes. She earned three Teen Choice Awards for her role in the series.

Blake Lively became a household name after playing Serena in the television series ‘Gossip Girl’. Her character influenced the fashion choices of a generation of young girls and created a cult following.

She has an estimated net worth of $16 million US dollars. She lives in her Bedford/Pound house valued at $3.2 million. She owns a Lexus SC430.

Her acting career kicked off at the age of 10 when she starred in the film Sandman, which was directed by Lively’s father.

Lively describes herself as a foodie and cook.

She featured on the cover of Cosmo magazine in 2008, stating in the interview that she does not do drugs or drink alcohol but does sleep around a lot.

In 2010, Lively appeared in a music video with Jessica Alba for her album ‘The Lonely Island’, in the song ‘I Just Had Sex’.

In 2011, she was picked as the “face” of Chanel’s new “Mademoiselle” handbag line by designer Karl Lagerfeld.

In 2011, she was featured in TIME magazine’s 100 Influential People.

She had once stated in an interview that her first kiss was on the big screen.

In 2013, she appeared in a video clip for Gucci’s “Chime for Change” campaign that aims to raise funds and awareness of women’s issues in the areas of education, health, and justice.

She has two dogs named 405 and Penny.

She can’t survive a day without her mobile, credit card and passport.

Lively was included in People magazine’s list for 2012’s Most Beautiful at Every Age.

On May 2, 2018, Blake deleted her entire Instagram history for unknown reasons but fans speculate that the actress was up to something to promote her latest movie, A Simple Favor.