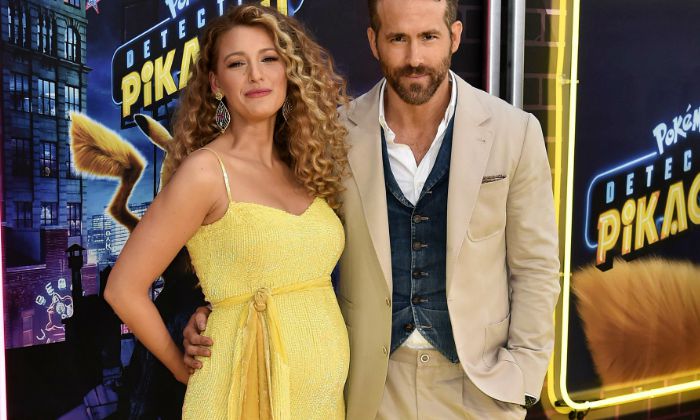 Bake Lively, 31, the already mother of two children, a 4-year-old daughter James and a 2-year-old Inez, revealed that she and her husband Ryan Reynolds were expecting their child on Thursday.

The couple appeared at the premiere of Reynolds’ new film Pokémon: Detective Pikachu” in New York City on Thursday, where they revealed the pregnancy news. It was the first time she made a public appearance flaunting her baby bump.

For the Premiere, she wore a shimmery yellow dress, and posed alongside her husband Reynolds, who held his hand on Lively’s back. The 42-year-old actor is busy promoting his upcoming movie, Detective Pikachu, in which he plays the title character. Interestingly, the title animated character in the movie also flaunts in the same color as his wife’s yellow gown.

Speaking to the press, Reynolds told, “Blake and I don’t do movies at the same time,” Reynolds, 42, told People. “If she is doing a movie in Thailand and I am doing a movie in Vancouver we would just never see each other. We operate as a unit, and that works really well for us.”

He continued: “The kids stay with us, and the family stays together, and that is where home is. So if we are in Spain or Utah or New York, as long as we are together, we’re home.”

Livley and Reynolds started dating in 2011 and eventually married on September 9, 2012, at Boone Hall Plantation in Mount Pleasant, South Carolina.