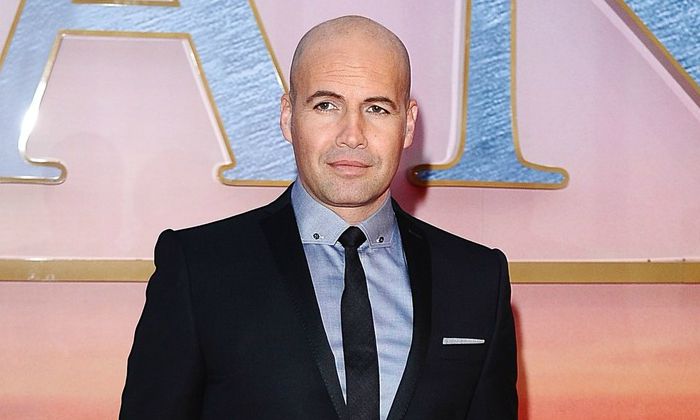 Who is Billy Zane?

Billy Zane is an American actor who gained immense fame for portraying the villainous role as Caledon Hockley in the epic romantic film Titanic. As an actor, he has appeared in a number of prominent movies including Back to the Future film series, The Silence of the Hams, Demon Knight, and Kingdom Hearts. On television, Billy has been a part of several hit series such as Twin Peaks, The Deep End, Cleopatra, Deception and Curfew.

Billy Zane was born on the 24th of February 1966, in Chicago, Illinois, United States of America. He is currently 53 years old.

Billy Zane comes from a family of actors. Both his parents were amateur actors, Thalia and William George Zane, Sr. They also founded a school for medical technicians.

His parents, both of whom belong to Greek ancestry, changed their family surname from “Zanetakos” to “Zane”. His older sister, Lisa Zane, is also an actress and singer.

Spellbound by acting at a very young age, Billy attended Harand Camp of the Theater Arts, located in Elkhart Lake, Wisconsin before graduating from Francis W. Parker School. He also spent a year studying at a boarding school in Switzerland called The American School in Switzerland (TASIS).

Speaking about his private life, Billy Zane has been linked up with many stars in the business. He married actress Lisa Collins on April 2, 1989, however, they called off their marriage in 1995 after being together for six years.

He then began dating Chilean actress Leonor Varela, who is his co-star in the TV film ‘Cleopatra’. They were even engaged at some point in their relationship. He was also engaged to British model and actress Kelly Brook, whom he began dating after working together in the movie ‘Survival Island’ (2005). The couple called it quits in April 2008.

Billy briefly dated Croatian model Jasmina Hdagha in 2010 before getting hooked up with American model Candice Neil that year. The couple got engaged, and they have two daughters together, Ava Catherine (born 2011) and Gia (born 2014).

Soon after graduating from high school, Billy moved to California to try his luck in acting. In just three weeks of time, he landed a role in the 1985 science fiction film ‘Back to the Future’, playing the role of Match, one of Biff Tannen’s thugs.

He later reprised his role of Match in the sequel Back to the Future Part II, which was released in 1989.

A year after making his big-screen debut, Billy made his television debut, playing the role of Les in the television film ‘Brotherhood of Justice’ in 1987.

In an acting career spanning more than three decades, Billy Zane has been featured in a number of classic and blockbuster movies and established himself a prominent actor in Hollywood.

His first major breakthrough came in the form of a starring role as a snobbish millionaire misanthrope Caledon Hockley in James Cameron’s 1997 blockbuster Titanic. He played Rose’s (played by Kate Winslet) fiancé alongside Leonardo DiCaprio, which went on to win 11 Oscars out of 14 nominations. He also earned an MTV Movie Award nomination for “Best Villain” and a Blockbuster Entertainment Award.

In the year 1998, Billy was cast in ‘I Woke Up Early the Day I Died’, a silent film based on Ed Wood’s last script, intended as a parody on bad filmmaking. He won several awards at the B-Movie Film Festival, including Best Movie and Best Actor, for this work.

As of 2019, the commendable actor has accrued an impressive $20 million as his net worth.

He was drawn towards performing when he was young since both his parents were amateur actors.

He was raised in Illinois with a Greek Orthodox upbringing.

He is an avid swimmer and has been shaving his head since 1997 for hydrodynamics.

He was originally considered for the role of Vincent Mancini in The Godfather: Part III (1990), which was later played by Andy Garcia.

Zane won the Blockbuster Entertainment Award for Favorite Supporting Actor – Drama for his role in the epic disaster film Titanic.

He appeared in a KFC commercial in January 2017.