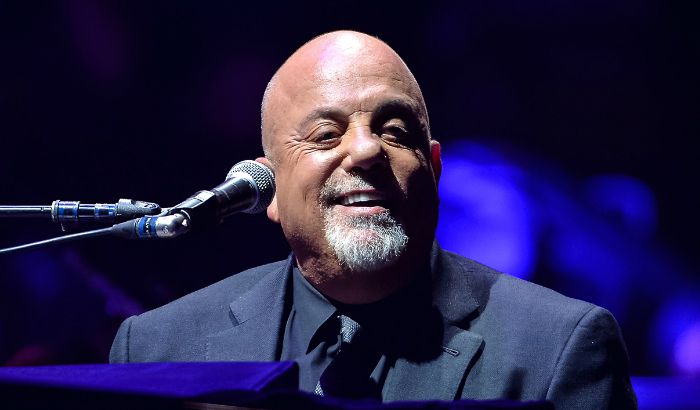 Who is Billy Joel?

Grammy Legend Award winner, Billy Joel, is a world-famous singer, songwriter, pianist, and composer. He’s considered as one of the popular recording artists of all time, Billy has received several Grammy Awards and other accolades during his time. With a career spanning more than five decades, he has released a number of albums in different genres and stopped releasing songs/albums after 1993’s hit River of Dreams. His variety of songs have impacted a big time over millions of his fans, and apparently his all-time hit number, Piano Man made him reach a greater height at its time. Though he stopped working on new releases, he’s currently embarking on world tours.

Joel was born on the 9th of May 1949, in The Bronx, New York City, United States of America. He was raised in Levittown, New York in the town of Oyster Bay. He’s currently 70 years old.

Joel attended Hicksville High School until 1967, but he did not graduate from high school, as he left his studies to embark a career in music.

He has been married to his fourth wife, to Alexis Roderick since 2015. She is an equestrian and former Morgan Stanley executive. They married at his estate on Long Island. Governor of New York Andrew Cuomo conducted the ceremony. They have two daughters together, Della Rose Joel (born August 12, 2015) and Remy Anne Joel (born October 22, 2017).

Billy Joel music career started off when he joined the band, The Lost souls (formerly, The Echoes) in 1963 and later moved to a couple of different bands. In 1969, he formed a duo ‘Attia’ with drummer Jon Small and released their  eponymous debut album in July 1970. They split after a clash over personal issues.

The following year, her signed a recording contract with Artie Ripp’s Family Productions and released his first debut solo album, “Cold Spring Harbor”. In 1973, he recorded his signature hit “Piano Man” about the bar’s patrons and subsequently, Billy released an album under the same name with Columbia Records. Its lead single became his signature song, ending nearly every concert.

Since then, Billy Joel has released thirteen studio albums, five live albums, fifteen compilation albums, ten video albums, singles, promotional singles and fifty music videos. Joel had Top 40 hits in the 1970s, 1980s, and 1990s, achieving 33 Top 40 hits in the US, all of which he wrote himself. He has sold more than 150 million records worldwide, making him one of the best-selling artists of all time.

Billy Joel’s net worth is estimated at $200 million US dollars. His impressive net worth is a result of his music sales, tours, singing, lucrative brand endorsements, and also has several other business endeavors.

In 1996, he co-founded the Long Island Boat Company along with teh Long Island boating businessman Peter Needham. In November 2010, Joel launched a shop in Oyster Bay, Long Island, to manufacture custom-build, retro-styled motorcycles and accessories.

Billy owns several real estate properties across the country. He bought a 14,000 square foot, castle-like waterfront home, in Centre Island, New York in 2002 for $22 million. He also owns 8,881-square-foot Mediterranean-style Miami Beach Mansion, which he purchased for $13.5 million in 2006. The mansion features a luxurious bar with wine cellar, gourmet kitchen, 165 feet of waterfront, seven-bedroom and 8.5-bathroom.

He is passionate about cars and motorcycles, who has an extensive collection of exotic cars from luxury car manufactures, including a 1973 VW Beetle.

He is an accomplished boxer and boxed successfully on the amateur Golden Gloves circuit for a short time, winning 22 bouts, but abandoned the sport shortly after his nose was broken in his 24th boxing match. Bullies was his greatest inspiration to learn boxing.

Billy Joel has no bone in the top of his left thumb, since his 1982 motorcycle accident.

In 2011, he announced that he will release his autobiography but scrapped his plan stating “It took working on writing a book to make me realize that I’m not all that interested in talking about the past, and that the best expression of my life and its ups and downs has been and remains my music.”

Joel has received many honorary doctorates.

Billy Joel was inducted into the Rock and Roll Hall of Fame in Cleveland in 1999 by one of his chief musical influences, Ray Charles.

In 2002, Joel was also named MusiCares Person of the Year.

On September 20, 2004, Joel received a star on the Hollywood Walk of Fame, for his work in the music industry.

Joel is the only performing artist to have played both Yankee and Shea Stadiums.

On December 12, 2011 Joel became the first non-classical musician honored with a portrait in Steinway Hall.