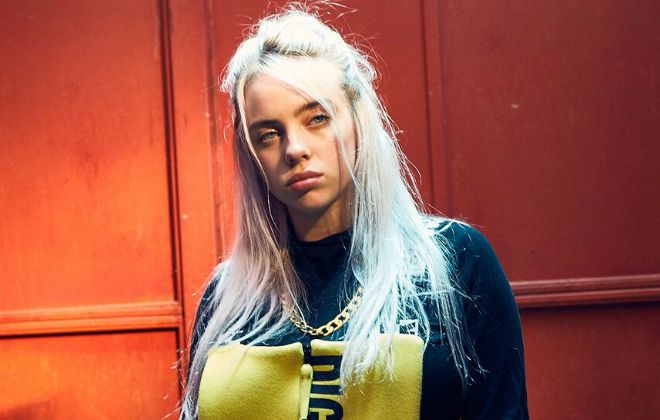 Who is Billie Eilish?

Billie Eilish is an American singer and songwriter best known for her hit single, “Ocean Eyes”, which has received over 132 million streams on Spotify. She released her debut EP, “Don’t Smile at Me” in August 2017 and she was named as “Up Next” artist for September 2017 by Apple Music. Billie dropped her number one debut album “When We All Fall Asleep, Where Do We Go?” which peaked at #1 on the Us Billboard 200 and spawned four US top-40 singles.

Billie Eilish was born on the 18th of December 2001, in Los Angeles, California, United States of America. She is currently 18 years old.

Billie hails from a family of renowned artists who already have string entertainment background. Her mother, Maggie Baird, is a well-known actress and musician in the creative scene and her father, Patrick O’Connell, is also from the entertainment industry. Her older brother, Finneas O’Connell, is also a singer, songwriter, actor and record producer.

She was home-schooled along with her brother.

Billie Eilish has not disclosed anything about her personal life to the media and thus there is not much information available of any relation she has had in the past or in the present.

Billie Eilish released her debut single “Ocean Eyes” in 2016 on SoundCloud and a music video was released byt March 2016. The song became a huge hit on the platform garnering more than 10 million plays in a short span of time. The song was re-released worldwide by Darkroom and Interscope Records on November 18, 2016, which went on to become a major hit.

She released her debut EP “Don’t Smile at Me” in August 2017. Billie released her debut studio album titled “When We All Fall Asleep, Where Do We Go?” on March 29, 2019, which peaked at number one in several countries, including United States, Australia, United Kingdom, New Zealand, Canada. and many other countries. The album was certified platinum in several countries and featured four US top-40 singles: “When the Party’s Over”, “Bury a Friend”, “Wish You Were Gay”, and “Bad Guy”.

Billie Eilish appeared as herself in the comedy talk show, The Late Late Show with James Corden in 2017.

Eilish made the leap to international fame with the release of her debut single “Ocean Eyes”, and instantly she became an internet sensation. The success of the song led her to sing with record label Interscope Records.

Billie has an estimated net worth of $250 thousand, according to the media. She lives in Los Angeles, California.

Eilish was raised in Highland Park, Los Angeles and joined the Los Angeles Children’s Chorus when she was eight years old.

She began writing and singing her own songs at age eleven along with his brother who was already writing, performing and producing his own songs with his band.

She also took dance lessons while she was young.

Her brother asked her to record the song Ocean Eyes in her own voice which later went on to become a major commercial success. The song was written by his brother. The success of the song catapulted her to stardom status.

In February 2017, Billie released the single, ‘Bellyache,’ which was produced and co-written by her brother.

She faced criticisms for not smiling in photographs for which she responded that she doesn’t like smiling and that makes her feel weak and powerless.

Billie Eilish is also often criticized for her eccentric dress sense but never cares for them.

She revealed that she has never used drugs or smoked in March 2019.

She suffered from Tourette syndrome and had experienced depression in the past.