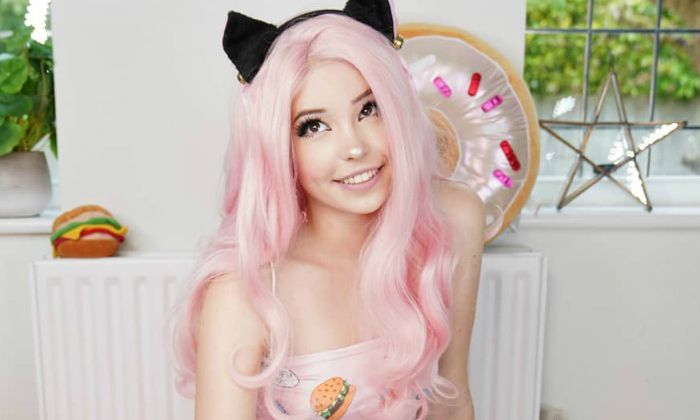 Who is Belle Delphine?

Belle Delphine is a South African-born Brtish Instagram star, cosplayer, and baby doll model who has pulled over 4 million followers to her IG account. She captured the attention of social media for posting racy pictures of herself in fairy and kitten costumes. Belle is best known for creating photos and lewd content for her fans with their names incorporated in her works.

Belle Delphine was born on the 23rd of October 1999, in South Africa. She is currently 21 years old.

Speaking about her personal life, not much is known about her family and education. From her looks, one can say that her ancestry would be Caucasian and Japanese. She moved to London, England at a tender age and has been there since then. Belle completed her school education in London.

Talking about her romantic connections, very little is known as far as her love life is concerned. Though she hasn’t revealed anything about her sexual preference, rumors have it that she is a bisexual and is in a relationship with her longtime lesbian friend. However, she has managed to keep the identity of her romantic partner away from the spotlight.

As far as her net worth is concerned, Belle hasn’t disclosed any information regarding her financial status. But considering the fact that she been into cosplaying for a while now, she must have made a handsome amount of money out of it.

In addition to cosplay activities, Belle has a Patreon account and a premium Snapchat, where she posts user-preferred exclusive and raunchy content. She also owns an online store where she sells merchandise, posters, and personified products.

Belle had recently launched a new product on her site, her own bathwater called “GamerGirl Bath Water” which was sold out within three days of its launch. She sold it for $30 per unit.

Just like other influencers out there, Belle Delphine has accrued a huge following across social media platforms, thanks to her racy pictures in fairy and kitten costume. She had over 4.5 million followers on her Instagram account before it was banned by the photo-sharing app on July 19, 2019. Instagram stated that her account was banned from the platform because it violated the company’s community guidelines.

Before launching her online career, she did several odd jobs such as working at a coffee shop, a waitress at a restaurant, babysitter and also cleaned dishes in a kitchen.

She started posting her cosplay pictures to her social media pages at age 14.

After saving money form various jobs, she went on a vacation to France and spent a month traveling around in a campervan.

She also works as a baby doll model.

Delphine has a TikTok account under the username belle.delphine_ to which she has garnered tens of thousands of fans.

She is often criticized for posting provocative and NSFW content to her social media pages.

In June 2019, Belle created a Po*nhub account as promised by her, but that left her fans disappointed as she uploaded a few troll videos to that account. with misleading titled and thumbnails.

Though fans criticized her for her action, she was nominated for a Po*nhub Award as well as named the most-searched celebrity on that website in 2019.

Belled attracted significant media coverage and criticisms for selling GamerGirl Bath Water on her online storefront. However, despite controversies and criticisms, she keeps on selling the product on her site, which is already a super hit product.