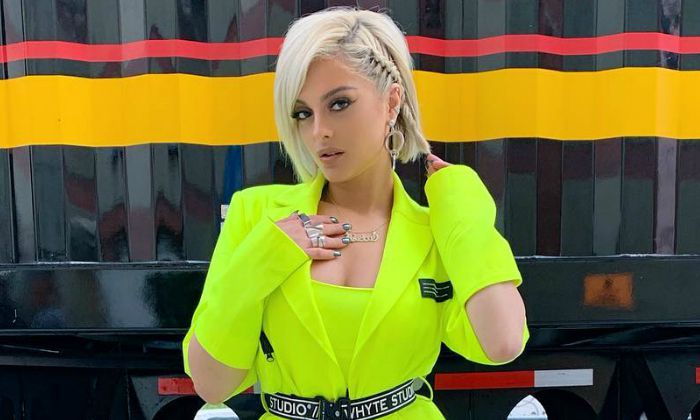 Who is Bebe Rexha?

Bebe Rexha is an American singer and songwriter who is probably known for her debut studio album Expectations which peaked at number 13 on the US Billboard 200. She started out as a songwriter for artists Nick Jonas, Selena Gomez, and Eminem and her success with such artists led to more collaborations on hit singles with artists Cash Cash, David Guetta, and Martin Garrix; rappers G-Eazy, Lil Wayne, and Nicki Minaj. Bebe found plenty of success after she collaborated with Florida Georgia Line for the country-pop crossover single “Meant to Be” charted at No. 2 on the Billboard Hot 100 chart. She continues to inspire several other struggling artists with her impressive career transition from being a songwriter to a full-fledged singer.

Bebe Rexha was born on the 30th of August 1989, in New York City, New York, United States of America. She is currently 30 years old.

Bebe Rexha was born to ethnic Albanian parents Flamur Rexha and Bukurije Rexha. Her father born in Debar immigrated to the U.S. at the age of 21, while her mother was born in the U.S. to an Albanian family with roots in Gostivar.

For education, Rexha went to Tottenville High School on Staten Island in New York. She explored her love for music at an early age and during her time in school, she starred in a number of school productions including plays and musicals.

In high school, she joined the school choir as a member which helped her to cultivate her singing skills. She discovered that her voice was a coloratura soprano. She played the trumpet in school for 9 years and also taught herself how to play the piano and guitar.

Speaking about her love life, Bebe Rexha is possibly single and never been married. She was in a relationship with Dutch musician and Disc Jockey Martin Garrix in 2016.

Bebe started out her singing career when she met ‘Fall Out Boys’ band bass guitarist Pete Wentz and the two formed a band named ‘Black Cards’ where he wrote the lyrics and played the guitar and Bebe performed as lead vocalist. They disbanded later to focus on their solo career.

In 2013, Warner Bros. signed her as a solo artist. She beagn working with other artists on songwriter and written in full or co-written a number of hit songs. That includes Selena Gomez’s “Like a Champion” and Nikki Williams’s “Glowing”.

She proved her mettle as a songwriter every time she gave a hit number. Bebe captured the attention of the industry people for her collaborative song “The Monster” with Eminem’s and Rihanna. The track charted both on the US Billboard Hot 100 and the US Hot R&B/Hip-Hop Songs and bagged a Grammy Award for Best Rap/Sung Performance.

Bebe launched her solo career as a singer with her debut single, “I Can’t Stop Drinking About You”, which managed to reach #22 on the US Top Heatseekers chart.

Bebe Rexha released her debut studio album “Expectations” on June 22, 2018, via Warner Bros. The album peaked at number 13 on the US Billboard 200and also charted in several countries including Australia, Canada, United Kingdom, to name a few. The album’s lead single “I’m a Mess” received multi-platinum certifications and peaked at #35 on the US Billboard Hot 100 chart.

Rexha made her first television appearance as a guest in the talk show “Big Morning Buzz Live” in 2011.

Apart from that, she hosted the prestigious MTV Europe Music Awards in 2016 and served as a coach on American reality television shows like Pitch Battle, American Idol, The Voice, and Celebrity Juice.

Rexha’s acting ventures took off when landed a voice role in the aminated movie “UglyDolla” in 2019. She voiced the character named Tuesday (The Spygirls dolls) in the film.

The stunningly beautiful blonde has garnered a net worth of $4 million. She earns a huge amount of money as royalties for the songs she penned for other artists.

As a teenager, Rexha won the “Best Teen Songwriter” award for her song to be performed at the National Academy of Recording Arts & Sciences’ annual “Grammy Day” event.

Rexha is a huge supporter of the LGBTQ+ community.

In April 2019, Rexha took to Twitter revealing that she has bipolar to her fans.

She performed as one of the opening acts of the Jonas Brothers’ Happiness Begins Tour in 2019.