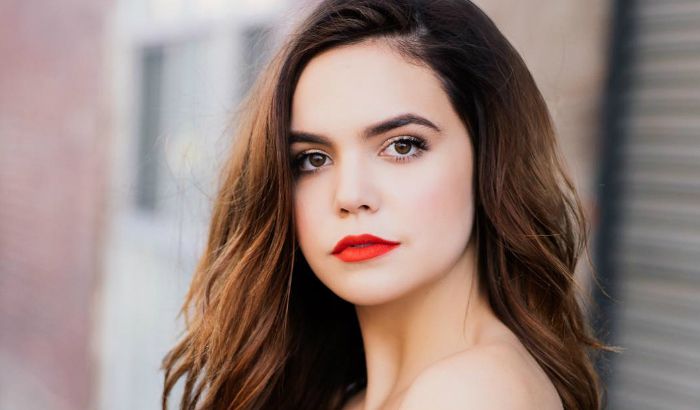 Who is Bailee Madison?

Bailee Madison is an American television and film actress best known for starring as May Belle Aarons, the younger sister of Jesse Aarons, in ‘Bridge to Terabithia’. She has been a part of numerous hit films and television series, making her one of the top-paid and most sought-after actresses in the entertainment industry. Her acting credits include Isabelle in Brothers (2009), Sally Hurst in Don’t Be Afraid of the Dark (2010), Maggie in Just Go with It (2011), Harper Simmons in Parental Guidance (2012), Grace Russell in TV series Good Witch, and Sophia Quinn in The Fosters.

Bailee Madison was born on the 15th of October 1999, in  Fort Lauderdale, Florida, United States of America. She is currently 21 years old.

Talking about her personal life, very little is known about her family and her childhood. Her mother’s name is Patricia Riley. She has six siblings, including her older sister, Kaitlin Riley, who is also an actress, and older brothers Connor Riley and Shawn Riley.

Since Bailee ventured into show business at a young age, she didn’t go to regular school and instead completed her school studies through homeschooling.

Bailee Madison is currently in a relationship with singer Blake Richardson, who is known as a member of the band New Hope Club. Earlier in July, the couple went on a date night at celeb hot spot Craig’s in West Hollywood, California. They developed feelings for each other while working on the music video for his band’s song “Love Again”.

From 2016 to 2018, Bailee dated French model and social media personality Alex Lange which is dubbed as love at first sight. The couple broke up in late 2018 for unknown reasons. Alex is two years younger than her.

Bailee Madison’s first film role was in the film Lonely Hearts, in which she played the role of Rainelle Downing in 2006.

Bailee is famous for playing Maxine Russo in the television series, Wizards of Waverly Place and as Grace Russell in Good Witch.

She achieved immense fame and popularity after appearing in the 2007 Disney film, Bridge to Terabithia, which was based on an award-winning novel by Katherine Paterson.

Bailee Madison’s net worth is estimated at $6 million US dollars. She started her acting career at the age of 5 by appearing in commercials for renowned companies like Disney, SeaWorld, and Cadillac. Most of her net worth comes from film and television appearances, brand endorsements, and investments.

She also serves as a national youth spokesperson for the childhood-cancer charity Alex’s Lemonade Stand Foundation. She owns a Mercedes.

She started off her acting career when she was just two weeks old by appearing in an Office Depot commercial.

Ryan Reynolds is her celebrity crush.

Maia Mitchell is her celebrity doppelgänger.

In 2008, she won multiple Young Awards in different categories for her work in Bridge to Terabithia, The Last Day of Summer and Saving Sarah Cain.

Her favorite word is Fudge knuckles!

Beyond acting, Bailee has voiced for the character Monica in the animated short Monica.

She turned producer with the 2017 American family film, A Cowgirl’s Story, in which she played the role of Dusty Rhodes.

She co-hosts the podcast Just Between Us with her sister Kaitlin Vilasuso since November 2018.