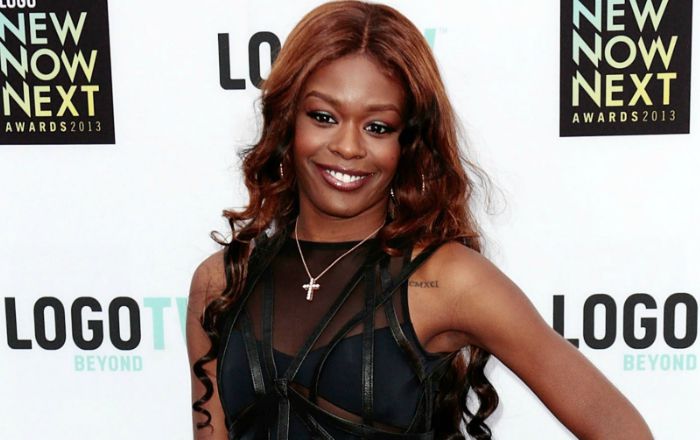 Who is Azealia Banks?

Azealia Banks is an American rapper, singer and actress who rose to fame with her chart-busting single “212”. She released her debut extended play “1991” in 2012 to critical acclaim. Her debut album “Broke with Expensive Taste” was released in 2014 which charted on the various music charts of several countries including the United States, United Kingdom, and Australia.

Talking about her family and early life, very little is known about her personal life at the moment. She was the youngest member in the family and she grew up with her two older sisters in her hometown of Harlem. Her father died of pancreatic cancer when she was two years old. She was raised by her single mother who was verbally and physically abusive with her her and her sisters. Due to that, she left the house and moved with her older sister when she was 14 years old.

Banks had relationships with stars including Lil Internet, and David Holmes in the past.

In December 2016, she announced that she suffered a miscarriage and asked her fans for advice and support, posting, “Has anyone else had this same experience who cares to share some words of wisdom or words of anything regarding this topic?”

She released her debut EP “1991” on May 28, 2012, to widespread success and critical acclaim. It peaked at #133 on the US Billboard 200 and was certified gold by the Australian Recording Industry Association.

Banks released her debut studio album “Broke with Expensive Taste” to iTunes on November 7, 2014. The album saw its physical release on March 3, 2015. The album consists of 16 singles including the hit singles “Yung Rapunxel”, and “ATM Jam”.

Banks made her onscreen appearance in the 2005 musical comedy film “The American Ruling Class” as Empire Falls singer and dancer.

She has done endorsement work for MAC’s lipstick “Yung Rapunxel” of dark and eggplant color.

Banks has an estimated net worth of $3.5 million dollars. She lives in New York.

Banks lost her father when she was two years old and was raised by her mother.

She got interested in musical theater and singing at a young age, and by 16, she started acting in a production of the comedy-noir musical City of Angels.

Banks has adopted an alter-ego named “Yung Rapunxel,” a name she started calling herself due to a long weave she wore while working at Starbucks as a teenager.

In July 2016, Banks admitted to lightening her skin and defended the process of skin bleaching.

Her second studio album “Fantasea II: The Second Wave” will be released in 2018.

In January 2018, she signed a $1 million record deal with Entertainment One.

She is a fighter against racism and segregation.

She has won ‘NME Awards’ and ‘Antville Music Video Awards’ as well as nominated for ‘BET Awards’ and ‘Urban Music Awards’.

Azealia was named New Style Icon at the Billboard Awards in 2011.

She is recognised for online spats with celebrities, especially on Twitter. In fact, she has garnered more attention from public for her online feuds than she does for her music.