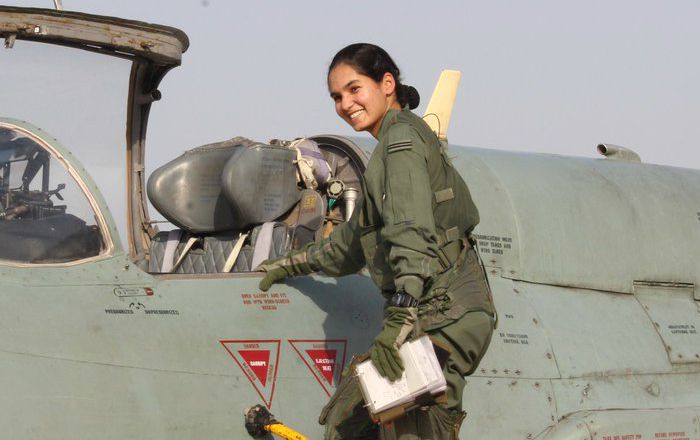 Avani Chaturvedi is a pilot in Indian Air Force (AIF) who came into limelight when she flew a MiG-21 bison in her first solo flight on 21st of February 2018. She is the first Indian female Air Force pilot to take a solo flight in fighter jet. She is one among the three flying officers besides Ms Bhawana Kanth and Ms Mohana Singh, who were inducted in Indian Air Force fighter squadron in June, 2016.

Avani has kept a low profile which makes difficult for us to say about her love life and past relationships.

Her body specs may be –

Her net worth is not known. She draws monthly salary of Rs. 1,03,638 for her work in Indian Air Force.

Hailing from a family of Army officers, she aspired to become an Indian Air Force (IAF) personnel since she was a child.

While pursing her B.Tech program, she took a 6-month internship as an Associate Software Engineer at Ranosys Technologies Pvt. Ltd.

After graduation, she worked as a Software Engineer at the IBM for over 3 years.

She was inspired by Army officers in her family and a brief flying experience of few hours in the flying club of her college inspired her to join the IAF.

“I got selected for flying stream and subsequently for fighter flying. I got the golden opportunity to fly two different aircrafts, one very modern and advanced, and one stalwart trainer, with best of the instructors. My dream is to become a good fighter pilot, on whom my seniors can rely on when it comes to fly for live operations. I want to fly the best fighter aircraft and learn more and more each day,” Avani earlier said.

Avani still has over a year to go before she can be deployed for combat missions.

After Avani was inducted Indian Air Force fighter squadron on 18 June 2016, along with other two flying officers, she underwent rigorous training for over a year before her maiden solo flight on 21st of February 2018.