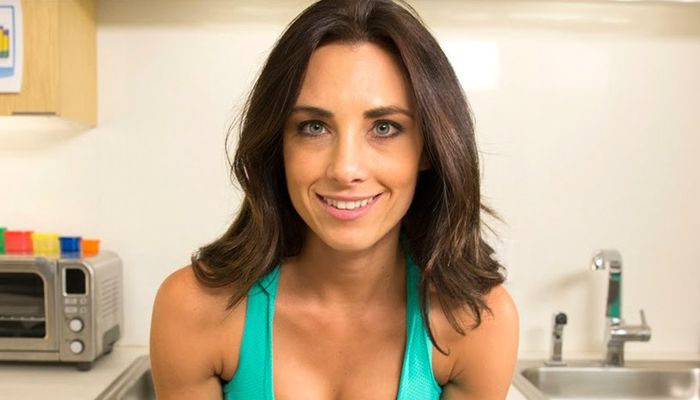 Who is Autumn Calabrese?

Autumn Calabrese is an American YouTuber and Fitness Instructor. She is best known for celebrity fitness and nutrition programs including her 21 Day Fix work program. She is a certified personal trainer and a member of the Beachbody community of fitness trainers. She often posts workouts and dieting tips on her eponymous YouTube channel.

Autumn Calabrese was born on the 23rd of September 1980, in Cleveland, Ohio, United States of America. She is currently 39 years old.

There’s not much-known information regarding her personal aspect of life. She has kept the basic information of her family background away from the spotlight. She has a brother named Bobby Calabrese.

In 1998, Calabrese attended the Webster University and completed her Bachelor of Fine Arts (BFA) in Field Of Study Dance from there in 2001.

Being a fitness freak, she holds certifications in fitness, nutrition and holistic health coaching from the National Academy of Sports Medicine (NASM) and American Fitness Professionals & Associates (AFPA), American Council of Exercise (ACE), and Integrative Nutrition.

Autumn Calabrese got separated from her husband when she was 33 years old after she decided to start her own business in fitness. Though she has been excited about her business endeavors, it had only brought disconcert to her ex-husband who wanted her to sit in the home and look after their son, Dominic. Their difference in opinion resulted in a divorce and brought an end to their married life. As of now, she is a single mother to her son Dominic but she is still on good terms with her ex-husband to take care of their child.

She is one of the leading celebrity fitness trainers and fitness instructors in the United States. Starting from her childhood, she intended to become a dancer and started practicing dance since she was fourteen. Her dream came to an end when she suffered a back injury during dance practice and eventually shifted her focus on health and fitness.

She created a 21 Day Fix Diet that made her popular among the fitness enthusiasts. Her breakthrough hit workout, 21 Day Fix®, and follow-up 21 Day Fix EXTREME®, have been Beachbody’s top-selling franchise for the past two years, while her cookbook FIXATE™ has sold more than 400,000 copies.

Autumn Calabrese hasn’t featured in films, though she has appeared as herself in television series.

Autumn net worth is believed to be in millions. It was reported back in 2016 that she was looking for a buyer for her home worth $25 million US dollars. She has an immense fan following on different social media, and in fact, a YouTuber herself monetizes her fitness and health videos that add up a good value to her net worth.

“If you do something you love, you’ll never work a day in your life — and I love fitness, I love nutrition, and I love helping people.”

She is the founder of Mighty Mommies Fitness since May 2006, dedicated to teaching women how to take care of their bodies and feel sexy and powerful in the midst of pregnancy and raising their families.

In October of 2012, she launched a new line of portion control “Change My Plate,” in Los Angeles, to educate you and your family on how much you should be eating.

She is the trainer of celebrity clients such as Rachel Zoe, Brooke Burke, and Tom Bergeron.

Autumn has also collaborated with bodybuilder Sagi Kalev for a body sculpting program The Master’s Hammer and Chisel and in 2016 released Country Heat that brought fun to cardio fitness.