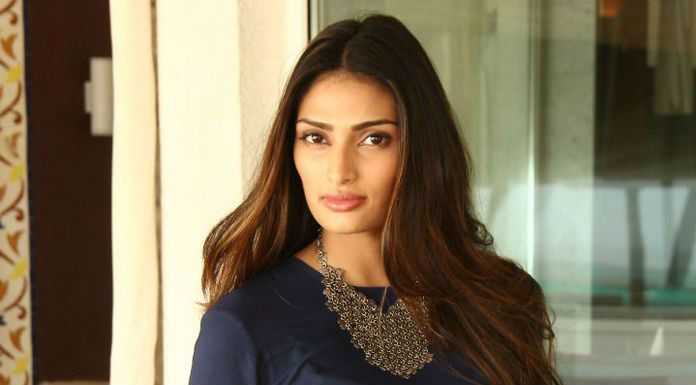 Who is Athiya Shetty?

Athiya Shetty is an Indian actress best known for her starring role as Radha Mathur in Hero, a role that earned her a Dadasaheb Phalke Excellence Award and a Filmfare award nomination for the Best Female Debut. She is the daughter of the famous Bollywood actor Sunil Shetty.

Athiya Shetty was born on the 5th of November 1992, in Mumbai, Maharashtra, India. She is currently 27 years old.

Athiya Shetty is the elder daughter of actor and businessman, Sunil Shetty and director and fashion designer, Mana Shetty. Her younger brother, Aahan Shetty, is also an actor.

She’s Punjabi and Gujarati ancestry from her mother’s side and Tulu from her father.

Athiya completed her schooling in Cathedral and John Connon School in Mumbai and the American School of Bombay.

Arjun Kapoor (2016) – In 2016, Arjun Kapoor and Athiya were reportedly said to be dating when they were seen kissing each other in a famous nightclub in Mumbai. But, nothing came out from it.

Athiya made her first big-screen appearance with the 2015 romantic action film Hero.

She was the brand ambassador for the Indian version of Maybelline New York. She has also featured in a few Tv commercials.

She received the Dadasaheb Phalke Excellence Award for her performance in the debut film Hero.

According to media reports, Athiya Shetty has a net worth of around US$2 million. Her net worth raked in after her debut film which made her the most notable artist in the entertainment industry. She has amassed quite a large amount of money from endorsements and movie appearances.

She owns a Jaguar XF and a Mercedes S Class SUV. She lives in an ultra-uber house in Mumbai along with her parents.

She unraveled that her destination is the entertainment industry while still in the teenage and shifted her focus on acting.

She is trained in Mixed Martial Arts by master Shifuji Shaurya Bhardwaj.

Her debut film Hero didn’t do well at the box office but earned her a Dadasaheb Phalke Excellence Award and a Filmfare award nomination in Best Female Debut category.

Following her film debut, she was named the brand ambassador for the Indian franchise of Maybelline New York and featured in the Indian edition of high-profile magazine covers such as Cosmopolitan, Verve, Harper’s Bazaar amongst others.