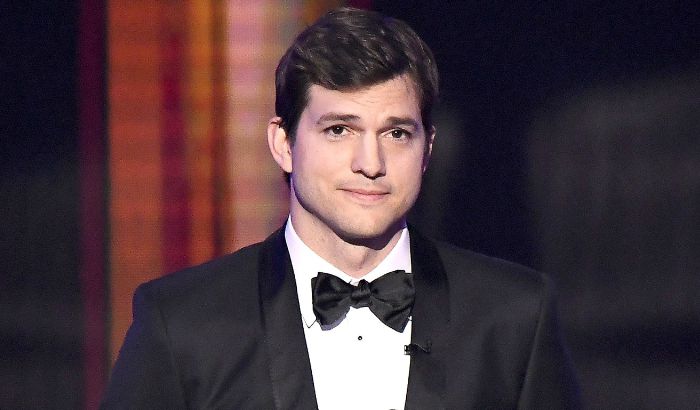 Who is Ashton Kutcher?

Ashton Kutcher is a popular American actor and producer who caught the spotlight for his portrayal of Michael Kelso in the Fox sitcom That ’70s Show. From there, his television career took off which made him reach greater heights, thanks to his charming and stunning persona. Ashton’s notable acting works include parts in The Butterfly Effect (2004), What Happens in Vegas (2008), No Strings Attached (2011), Two and a Half Men (2011–2015), Jobs (2013), The Ranch (2016-2020) and many more.

He is very successful on and off the screen and he has invested his hard-earned money in a number of startups. He has also been associated with a bunch of television series as executive producer. Kutcher was the first Twitter user to witness 1 million followers in 2009 and enjoys a considerable fan following on different social media platforms.

Ashton Kutcher was born on the 7th of February 1978, in Cedar Rapids, Iowa, United States of America. He is currently 42 years old.

Ashton is the son of Diane (née Finnegan), a Procter & Gamble employee, and Larry M. Kutcher, a factory worker. He has an older sister named Tausha and a fraternal twin brother, Michael. He’s got Czech roots on his father’s side, while his mother is of Czech, German, and Irish ancestry.

Ashton Kutcher went to Washington High School, Cedar Rapids. He further went to  Clear Creek Amana High School (CCA), Oxford, Iowa since his family moved over there. It was around that time, he got inclined towards acting and started to appear in school plays for which he received appreciation form his school teachers.

Then, he got enrolled at the University of Iowa where he took Biochemical Engineering as a major. He worked part-time to support his tuition fee. Not long after he won the “Fresh Faces of Iowa” modeling competition, Kutcher dropped out of college to pursue a career in acting.

In September 2005, Ashton Kutcher and actress Demi Moore got married which was attended by her ex-husband Bruce Willis and her three children. It was Moore’s third and Kutcher’s first marriage. After six years into married life, Moore announced her decision to divorce Kutcher and filed for the same on December 21, 2012. Their divorce was finalized on November 27, 2013.

Ashton is currently married to actress Mila Kunis with whom he began dating from April 2012. They became engaged in February 2012 and married on July 4, 2015. The couple welcomed their first daughter Wyatt Isabelle Kutcher in September 2014 and son named Dimitri Portwood Kutcher in November 2016.

In 1999, he starred in the American romantic comedy film “Coming Soon” for his role as Louie.

Ashton Kutcher made his television debut with the American sitcom “That ’70s Show”, playing Michael Kelso, which aired from 1998-2006 and had 8 seasons.

Playing Michael Kelso in television series, That ’70s Show and Walden Schmidt in Two and a Half Men.

Both as a model and actor, Kutcher has been associated with a number of brands and products like Nikon Cameras, Popchips, Calvin Klein, Gap clothing, Pizza Hut, National Mentoring Month, to name a few.

Ashton Kutcher has made an impressive net worth of $200 million. In addition to acting, Kutcher’s investments in startups contribute great value to his net worth. He raked in $26 million from 2013 to 2014 thanks to his work on Two and a Half Men.

Kutcher has invested in over 60 companies, the most prominent of which include Skype, Foursquare, Airbnb, Path and Fab.com. He created an interactive arm of Katalyst called Katalyst Media, with his partner from Katalyst Films, Jason Goldberg. Kutcher has invested in an Italian restaurant, Dolce and a Japanese-themed restaurant named Geisha House with locations in Atlanta, Los Angeles, and New York City.

Ashton along with his family lives in a multi-million dollar Beverly Hills mansion which features all basic and luxury amenities. He also owns a $3.4 million plush mansion in the Hollywood Hills of California with beautiful views on Arrowhead Drive, which he sold in 2011.

Ashton Kutcher has a large fleet of exotic cars and bikes including a Ferrari California, a Navistar CXT, a Fisker Karma, a Lexus LS Hybrid, and a Harley Davidson motorcycle. In addition to his extensive collection of autos, he also owns $2 million worth of Mobile Home. This luxury caravan boasts 53 ft in length and is 13 ft 6 inches high when closed and 17 feet when opened, and weighs in the neighborhood of 70 tones. It has a total space of around 1100 sq ft, of which 603 sq ft space is on the main lower deck and 340 sq ft on upper retractable floor.

At the high school, he was caught red-hand when attempting to steal money from Clear Creek Amana High School. As a result of the crime he committed, he was given a third-degree and was sentenced to 3 years probation and also 180 hours of social service.

In 2007, Ashton was voted as one of the Sexiest Men Alive in People’s Magazine.

On March 23, 2011, Kutcher launched his own Twitter client with UberMedia called A.plus.

In April 2012, Kutcher became the 500th paying customer to sign up to ride Virgin Galactic’s SpaceShipTwo.

Ashton Kutcher received widespread criticism for his appearance in a Popchips ad campaign in May 2012.

In 2013, he appeared in ‘Jobs’, which was a biographical sketch of Steve Jobs, the co-founder of Apple Inc.

In 2013, Lenovo recruited him as a Product engineer whose job is to market the Yoga line of tablets by providing inputs in design, specifications software, and usage scenarios.

He’s trained in the martial art Brazilian jiu-jitsu and holds a purple belt under Rigan Machado.

Kutcher was named as the top-earning television actor for 2014 by Forbes.