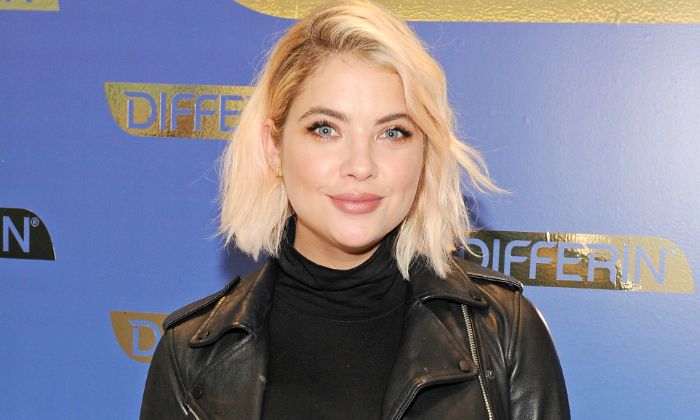 Who is Ashley Benson?

Hailing from Anaheim Hills, California, Ashley Benson is a model and actress, became known to the world for portraying the role of Hanna Marin in the teen mystery-drama television series Pretty Little Liars. She began her career as a child, appearing in musicals and then ventured into the modeling world before finally appearing in both film and television shows. After her breakthrough performance as Abigail Deveraux on Days of Our Lives, she went on to star in such films as Bring It On: In It to Win It (2007), Christmas Cupid (2010), Spring Breakers (2012), Ratter (2015).

Ashley Benson was born on the 18 of December 1989, in Anaheim, Anaheim Hills, California, United States of America. She is currently 30 years old.

Ashley is the youngest of two children to parents Jeff Benson and Shannon Harte. She has an older sister, Shaylene. Literally, Ashley is a gifted child, as she was born prematurely two months early weighing 2 pounds 8 oz. Due to underweight, she was put up in ICU for close to a month and she had to undergo heart surgery on Christmas Day. But, miraculously, the hole in her heart closed up, without the need for heart surgery anymore. She was released to go home at 4 1/2 pounds after being hospitalized for two months.

Since her career in show business started early in her career, she had no time to go to regular school. She was homeschooled and perhaps, there is no further information available about her college studies.

Talking about her love life, Ashley Benson has been quite vocal about her romantic connections since the start of her acting career. She has been romantically involved with many celebrities. Her first publicly known relationship was with Justin Bieber’s ”swagger coach, Ryan Good, with whom she had an on-and-off relationship from 2011 until 2016. She and actor Chord Overstreet were an item in 2012. Ashley, then, began dating her Spring Breakers co-star James Franco in 2012, however, it didn’t last long, ending in 2013.

She and her Pretty Little Liars co-star Tyler Blackburn briefly dated in 2013. they were spotted kissing at Coachella that year, but they desperately denied any intimate relationship between them. She has been dating English model and actress, Cara Delevingne, since May 2018.

Ashley has an incredibly hourglass-shaped body figure with a slim waist, round hips, and a large natural bust. Since she is also a dancer, she possesses quite natural physical attributes, complimenting her height and weight.

Ashley Benson made her feature film debut with the romantic comedy fantasy film 13 Going on 30, playing the role of Six Chick.

She landed her first acting role, making a guest appearance as Melissa Howell in an episode of the American crime drama and police procedural series, The District that aired on CBS in 2002.

Ashley Benson’s first breakthrough role came with the NBC soap opera ‘Days of Our Lives, in which she played the role of Abigail Deveraux. She proved her mettle in acting with a flawless performance in the series. However, she made the leaps and bounds with her role as Hanna Marin in the series Pretty Little Liars. For her work in the series, she grabbed multiple Teen Choice Awards in different categories from 2011 through 2017.

As for her film career, she gained immense popularity with starring roles in the 2012 crime thriller Spring Breakers and the 2015 horror drama Ratter. The success of these projects had earned a name for herself in the entertainment industry, leading her to collaborate with a number of successful filmmakers.

Ashley’s net worth has been estimated to be over $6 million, mostly aided by her successful acting career in addition to several lucrative endorsement deals. As a child, she made $6,000 per episode acting in the television series, Days Of Our lives. She lives in her Los Angeles mansion, which is a 3,085 square foot house with three bedrooms and bathrooms located at Sunset Strip. The price of the house is estimated at $2.7 million. She owns a Range Rover in addition to a quite few exotic cars.

She is a competitive dancer and started dancing at the age of 3. She is quite great in all major forms of dance, including ballet, jazz, tap, and hip hop.

During this time, she also explored her love for music and performed in choirs and musicals.

Ashley made the transition to modeling at the age of eight when she was signed by Ford Models. As a kid, she has appeared in a number of print ads and dancing catalogs.

Her celebrity crush is Johnny Depp.

She had her first kiss on-screen when she kissed her love interest while playing Abby Deveraux on Days of Our Lives.

Ashley has a girl crush on Jenna Dewan Tatum.

In 2011, She won the Young Hollywood Awards’ Cast to Watch for her role in Pretty Little Liars, which she shared with the series co-stars Troian Bellisario, Lucy Hale and Shay Mitchell. That same year, she also won a Youth Rock Award for Rockin’ TV Actress.

She has a dog named Olive.

She is afraid of heights.