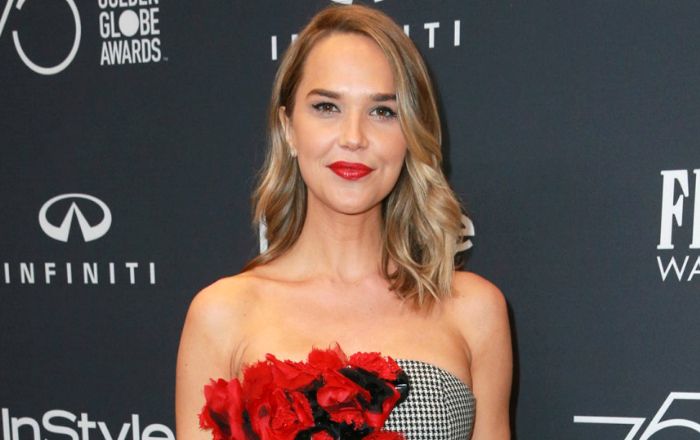 Who is Arielle Kebbel?

Arielle Kebbel is an American actress who is best recognized for her work in both television and films. She earned credits for her acting roles on popular TV shows, including ‘The Vampire Diaries’, ‘Gilmore Girls’, and ‘Ballers’. She appeared in a number of commercial films as well, including ‘The Grudge 2’, ‘John Tucker Must Die’ and ‘The Uninvited’.

Very little is known about her family and her early life. Her mother, Sheri Kebbel, is a talent manager and owns a production company. Details about her father are unknown. She has two siblings – Christian Kebbel and Julia Kebbel. She is of German and English ancestry.

Kebbel attended and graduated from Crenshaw School in Winter Garden.

Arielle Kebbel made her screen debut in 2004, portraying a supporting role as Heather Hunkee in the comedy film, ‘Soul Plane’.

In 2005. she landed her first lead role in an adult comedy film, ‘American Pie Presents: Band Camp’, for her role as Elyse Houston.

In 2003, Arielle appeared in a guest role in the crime drama television series ‘CSI: Crime Scene Investigation’ in an episode titled “Forever”.

Her breakthrough role came in 2006 with the American teen romantic comedy film, ‘John Tucker Must Die,’ directed by Betty Thomas. She was lauded by the moviegoers for her performance in the film.

Her portrayal of Allison Fleming in the 2006 horror film ‘The Grudge 2’ earned her a lot of fame. The film managed to gross $70 million against the production budget of $20 million but received mostly negative reviews from critics.

She became a household name with her portrayal of Alexia “Lexi” Branson in the supernatural drama TV series ‘The Vampire Diaries’. The series told the story of a teenage girl, who after losing her parents, meets and falls in love with a 162-year-old vampire.

Kebbel has a net worth of $3 million dollars.

In 2002, she competed in the Miss Florida Teen USA pageant.

She worked as a full-time model before becoming an actress.

She featured as a cover girl on a number of magazines like Maxim, Stuff, Men’s Health, H, Lucky, and FHM.

She was nominated for a ‘Teen Choice Award’ for her role in the horror movie ‘The Grudge 2’.

She is good friends with actress Torrey DeVitto.