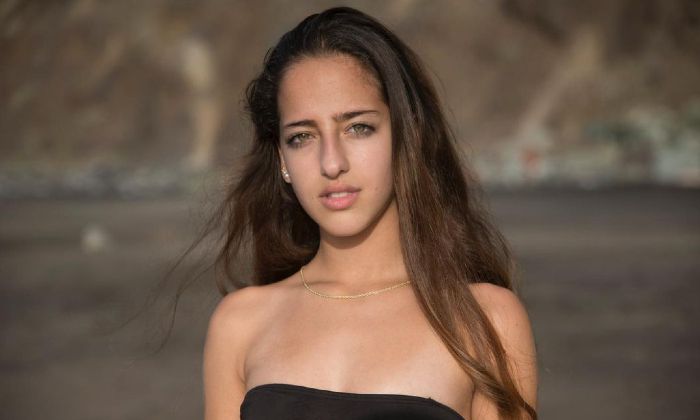 Who is Ariann Music?

Despite being 14 years old, this young beautiful Spanish girl Ariann Music has already become a successful musician. She has already reached an audience of over 4.5 million fans from all over the world through her eponymous YouTube channel, which features covers of popular songs. Before launching her YouTuber channel, she spent years training in classical music. She dropped her album, Ariann, El Otro Lado, comprising five tracks, in January 2020, which has already garnered millions of streams on different streaming platforms. since launching her career, Ariann has embraced social media, as she has attracted millions of fans across TikTok, Instagram and YouTube.

Hailing from a family of musicians, Ariann got her hands in music at a very young age. Her mother, Sabrina Lemus, basically a vocal trainer and singer, taught her music as well as enrolled her in vocal classes. Her father is a concert pianist.

She cites her mother as her biggest inspiration because she’s very supportive of her musical endeavors. From an early age, she’s trained in classical music as well as learned to play various musical instruments like the piano and cello.

She took cello lessons at the Professional Music Conservatory with Rafael Trujillo and learned dance at the MMDANZA school.

She has a brother named Dalas Azahar Blanco, who is also a YouTuber. Apart from that, there isn’t too much information about Ariann’s personal life as of yet, whether she’s studying or not remains unknown

Despite the fact that she’s barely 14 years old, the Spanish cutie has been in a relationship with fellow TikTok star César Abri since 2016. They both often collaborate on TikTok and YouTube videos.

Ariann Music launched her YouTube channel in 2014 and has since attracted an audience of over 4 million subscribers. Her channel, which is essentially destined for music lovers, contains covers of popular songs by various artists, including the likes of Shakira, Enrique Iglesias, Ariana Grande, Camila Cabello, Meghan Trainor, and Luis Fonsi.

The self-made musician has made a career for herself by creating cover songs of popular artists that have helped her reach tons of people in her home country and beyond.

Like her peers, Ariann has helped further develop her career through the use of social media, particularly YouTube. Her channel has more than 4.1 million subscribers. She’s got over 7 million fans on her TikTok account while her Instagram has a little over one million followers.

In the short time that she has launched her career, she quickly became an internet sensation. Her passion for music is evident in every music covers she uploads. Being an influencer, she’s collaborated with several brands that have only contributed to her wealth. Though she makes a lot of money through other activities like brand collaborations, endorsements, and public appearances, Youtube still remains her major source of revenue.

Collectively, Ariann Music has an estimated net worth of around $300 to $500 thousand dollars. There is no doubt she will continue to succeed as a musician and a YouTube star in her own right.

Nickelodeon named her “Best Spanish Influencer of 2018” at the Kids Choice Awards held in Los Angeles.

She has been a part of the Sant Cugat Symphony Orchestra and the Tenerife Youth Philharmonic Orchestra and also performed at the Canary Islands International Music Festival.

Ariann has worked with brands like Pablosky, PaolaShoes, Greet I Am, SikSilk, NYXCosmetics, Douglas, Guess Kids and Mr. Wonderful.

She was opening act for the singer Anuel , in his concert in Tenerife in 2019.

She has been to various festivals such as Los 40 Pop , Summer Sound Festival on the island of Fuerteventura, International Carnival in Puerto de la Cruz or Plenilunio de Santa Cruz de Tenerife.