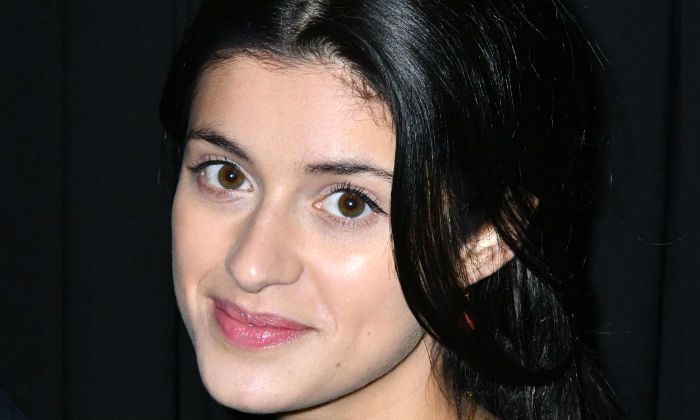 Anya Chalotra is an English actress of Indian origin who first caught the industry’s attention for her role as Jennifer Ashman in Wanderlust. she began starring as Yennefer of Vengerberg in the Netflix original series The Witcher in 2019 that again out her in the spotlight and has been making a splash in the television industry since then. Anya has already found massive fame in her home country, thanks to her gorgeous looks and alluring hourglass physique.

Anya Chalotra was born on the 21st of July 1996, in Wolverhampton, England, United Kingdom. She is currently 23 years old.

While not much is known about her parents, she is the second of three children to April and Madan Chalotra. Her father is Indian while her mother is English. She has an older sister named Reeya and a younger brother named Arun. She is of English and Indian descent.

Chalotra attended and graduated from St. Dominic’s Grammar School for Girls in Brewood before getting enrolled at the London Academy of Music and Dramatic Art (LAMDA] and the Guildhall School of Music and Drama to study acting.

Talking about Anya’s romantic life, the possibilities of her being single are high because she was never seen dating anyone publicly, at least, in recent times. She is very private and refrains herself from sharing any information about her relationship status to the media.

After starring in a handful of theatre productions, Anya Chalotra landed the role of Jennifer Ashman in the British drama series Wanderlust. The series aired on BBC One in the United Kingdom while Netflix streamed it outside the UK.

With no doubt, Anya is one of the finest actors of our time which she has proved in several instances. Staring her career as a theatre artist, her theatre works include “Notoriously Abused,” “Great Expectations,” “The Crucible,” “Balm in Gilead,” “The Merchant of Venice,” and “The Same Deep Water as Me.”

Her performance, particularly, in the play “The Village” received high praise and appreciation from critics with The Guardian lauding her performance as “compelling.” She played the character named Chalotra, a strong-willed Indian teenager, inspiring a group of women to stand up against a cruel and tyrannical policeman.

Anya’s first major breakthrough as an actress came in 2019 when she was cast as Yennefer of Vengerberg in the ‘Netflix’ fantasy drama series “The Witcher.” Based on a book series of the same name by famous Polish author Andrzej Sapkowski, the series was created by American showrunner Lauren Schmidt Hissrich for Netflix. Her co-stars are Anna Shaffer, MyAnna Buring, Mimi Ndiweni, and Freya Allan.

Having been in the acting scene for quite a while, Anya Chalotra must have made a handsome amount of money from her acting accomplishments. Though her exact net worth is not known at the moment, we expect her net worth to rake in no time with her being cast as one of the main roles in The Witcher television series.

It’s quite surprising that Anya is not as active as her counterparts on social media. She jumped the Instagram bandwagon in late 2016 but has quite an impressive numbers as of yet. She has already surpassed the half-million mark on Instagram and the number is growing still. Other than the photo-sharing app, Chalotra has not been on other social media websites.

She was raised alongside her siblings in Lower Penn village in South Staffordshire, UK.

Anya had acted in several plays during her time at the acting schools.

Anya is represented by The Artists Partnership talent agency.

She had guested in The ABC Murders as well as voiced the character “Robin Loxley” in the anime Sherwood.