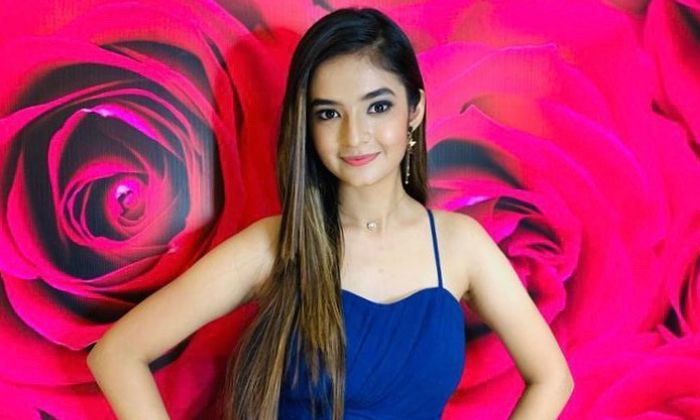 Who is Anushka Sen?

Anushka Sen is an Indian actress and social media star probably best known for her roles as Meher in Baal Veer and Rani Laxmibai in Jhansi Ki Rani. She developed an interest in performing arts at a young age and booked her first acting gig in Baal Veer. Besides acting, Sen is also recognized for her activities as a social media influencer who has around 600k subscribers on her self-titled YouTube channel and more than 4.8 million followers on Instagram. She is also active on other social media platforms like Facebook, Twitter, and TikTok. Besides earning a name for herself in the Hindi television arena, she has also appeared in Bollywood films like Crazy Cukkad Family (2015) and Lihaaf: The Quilt (2019).

Anushka Sen was born on the 4th of August 2002, in Ranchi, Jharkhand, India. She is currently 17 years old.

Anushka Sen is the only daughter to Indian parents Rajrupa Sen and Anirban Sen. She has a cousin brother named Aaryan.

She was educated at Ryan International School, Mumbai. Sen took training in dance at the Shiamak Davar Dance Academy in New Delhi.

Anushka is usually not vocal about her private life and has managed to keep that aspect of her life away from the spotlight. It appears that the budding actress is highly focussed on her acting career.

Sen’s first acting role came at the age of 10 in 2012 when she was cast as the pilot character Meher in Baal Veer alongside actors Dev Joshi and Rudra Soni.

She received critical acclaim for her performances as Meher in Baal Veer from 2012-2016 and as Rani Lakshmi Bai in Jhansi Ki Rani. Furthermore, her appearance in movies like Crazy Cukkad Family (2015) and Lihaaf: The Quilt (2019) have boosted her acting career.

Born in Jharkhand, her family moved to Delhi when she was small where she spent most of her childhood before settling in Mumbai.

Anushka started out her career as a child actress by appearing in TVCs. She has appeared in a number of television commercials for brands such as Orient, Shein, Fashion Nova, UrbanClap, Maybelline, and Koovs.com even before making it big on-screen.

Sen was just 10 years old when she booked for the first big role in a television soap opera. In fact, this role brought in her a huge fan base and fame which eventually translated into followers on Social media, where she has more than 4.8 million Instagram followers.

She was elected as the 2016-2017 “External Affairs Minister” for her school Ryan International School in June 2016.

Anushka launched her self-titled YouTube channel in March 2017, and she was very quick to gain more than 600k subscribers to her channel.

She has worked alongside the likes of celebrities like Kushal Punjabi, Siddharth Sharma, Nora Fatehi, Dev Joshi, Mahendra Singh Dhoni, and Mouni Roy.

In 2017, she became the brand ambassador of the mobile application LIKE. That same year, she was also made the face of Orient Electric.

She refers to her fans as “Anushkians”.

Anushka cites actress Kangana Ranaut as her biggest inspiration for acting and would love to work with her and actor Darsheel Safary if she was offered to work withthem.

She has 2 pet dogs named Cindra and Goofy.

She has a fetish for rings.

She can play the synthesizer.

Besides acting, Anushka is also an amazing dancer.