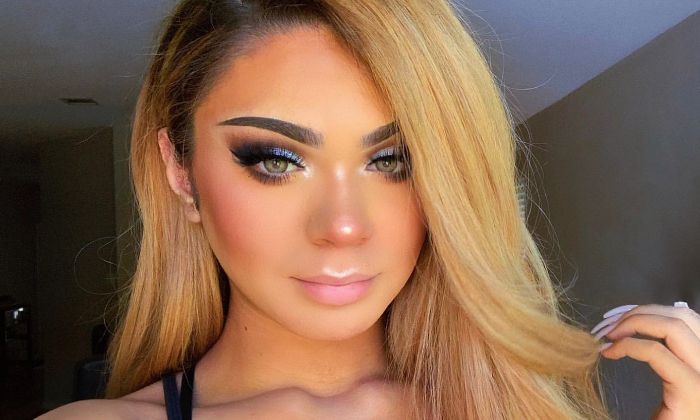 Who is Antonio Garza?

Antonio Garza is an extremely popular YouTuber and Vlogger from Austin, Texas. She has taken her own personal sense of style and shared it with the world through her self-titled YouTube channel, which currently boasts nearly 4 million subscribers. A beloved makeup pro, Garza quickly rose to fame, thanks to her intriguing makeup, beauty, fashion, and transformation videos. She talks a lot about makeup and beauty, focusing on minute details in all of her videos. Though being young, this 17-year old Texas beauty has achieved accomplishments that many young women only dream of. The secret of her real success is the power of being real and sharing yourself authentically with your audience. More than just a YouTube personality, Garza serves as an inspiration to every transgendered woman all over the world.

Antonio Garza was born on the 15th of December 2002, in Austin, Texas, United States of America. She is currently 17 years old.

There’s not much to share when it comes to her family, education, or early life. She has an older brother. Though she identifies herself as a female influencer, she was born a male.

She was going to a regular school until 2018, however, she dropped out of school to focus on her YouTube channel. She later enrolled herself in an online school in January 2019.

Now, this is the topic that most of you are probably looking forward to. Well, unfortunately, information regarding her dating life is very limited as she has never opened up about her relationship status even while interacting with her fans. Though she talks a lot about other aspects of her life apart from makeup and beauty, she’s still keeping a low profile.

Since uploading her first video on her eponymous YouTube channel, Antonio Garza has been immersed in the world of makeup and beauty. Though she launched the channel in 2014, she only posted her first video entitled “Valentine’s Heart Cut Crease Makeup Look.” in February 2018. The video was an instant and she was overwhelmed by the support and response she received for the video.

It’s a known fact that she dropped out of school and doing online school and is yet to complete her high school education. Not a bad decision for someone who makes her living online. This shows that it’s important, whether you go to a formal school or study independently online, to learn as much as you can about what interests you.

She quickly became popular on YouTube and her videos are loved by her fans, thanks to her unique editing style. The channel has since amassed nearly 4 million subscribers with tens of millions of views.

Some of her popular YouTube videos include “I wore dramatic makeup to school and this is what happened”, “9th Grade Makeup Transformation” and “How to be popular in high school.”

Garza has been focusing on Tiktok lately, and has accumulated over 2.3 million fans within a few months of joining the platfrom.

Through monetization and sponsored content, Antonio Garza has made quite a fortune for herself in her own right. As of 2020, Garza is estimated to be worth around $300 thousand dollars.

Garza was raised in Austin, Texas.

She was once a close friend of fellow YouTube James Charles. They have done several collaboration videos but it cost her nearly 50,000 subscribers.

She parted away with James after he and his girlfriend, Tana, made fun of Antonio’s Coachella outfit.

Garza was Garza is a big fan of Spotify’s top-50 music chart and rapper Post Malone.

Her biggest fear is awkwardness.

A faction of her fans criticized Garza for being inconsistent as well as lacking creativity.

Garza’s recent accomplishment is her own line of clothing, mostly hoodies, which is sold in collaboration with Champion.