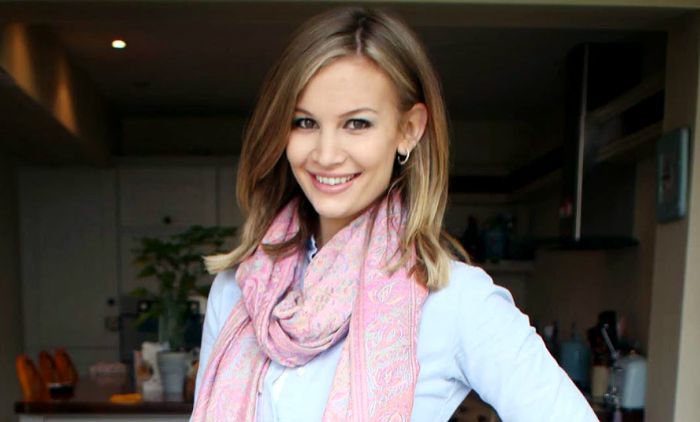 Who is Anna Saccone?

Anna Saccone-Joly is a popular American YouTuber, blogger and fashion designer, who is famous for her beauty and style videos. She has her own blog where she writes about her life events as well as articles related to fashion and jewelry. She and her husband run a vlog called “SACCONEJOLYs” that features videos of their life events, which has over 1.7 million YouTube subscribers.

Anna Saccone was born on the 3rd of November 1987, in Baltimore, Maryland, United States of America. She is currently 32 years old.

Regarding her personal life, there’s not much-known information to share as she has kept everything about her family and her early life away from the spotlight. Oldest of three siblings, she has two younger sisters, Erika and Emma.

Anna is married to Jonathan Patrick Christoper Joly in 2007. They have three children together – Emilia, Eduardo, and Alessia.

Anna Saccone launched her own self-titled YouTube channel in 2009 and started posting fashion, beauty and style videos. She never thought of becoming a full-time YouTuber at the time when she created her channel, as she was just out of high school.

When subscribers count increased exponentially than expected, Anna branched out to different areas like jewelry and makeup tips. What makes her stand out of other YouTubers is that her great dressing sense which makes her the perfect example of poise and grace. Her YouTube channel has amassed over 1.1 million subscribers with more than 175 million views as of November 2019.

Anna Saccone has an estimated net worth of $2 million as of 2019. She makes money from YouTube ad revenue, sponsored posts, and social media activities. She has her own jewelry line called Anna Saccone Collection which is exclusively designed by her.

She lives in lives in Surrey, England. She drives Cadillac.

Anna is an animal lover and owns six dogs.

In addition to vlogging, she is also a jewelry designer.

She is a perfectionist and believes that she may have minor OCD, as she loves organizing and arranging things.