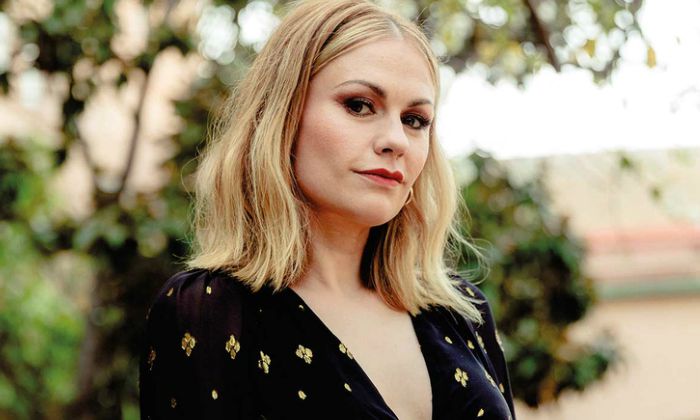 Who is Anna Paquin?

Anna Paquin is a Canadian-born New Zealand actress who, at the age of 11, gained massive fame for portraying a loquacious and inquisitive girl, Flora McGrath, in Jane Campion’s romantic drama film The Piano that earned her an Academy Award for Best Supporting Actress. As a successful actress, Anna won several awards for her parts in movies such as Fly Away Home, The Member of the Wedding, A Walk on the Moon, X-Men franchise, 25th Hour, Trick ‘r Treat, Margaret, The Good Dinosaur, and The Irishman.

She won a Golden Globe for her starring role in the HBO vampire drama television series True Blood and went on to star in television films such as Bury My Heart at Wounded Knee and The Courageous Heart of Irena Sendler. Anna, who, in her late thirties, has worn a lot of hats throughout her career and has been inspiring a lot of young talents to follow in her footsteps.

Anna Paquin was born on the 24th of July 1982, in Winnipeg, Manitoba, Canada. She is currently 37 years old.

Anna Paquin is the daughter of Mary (Brophy) and Brian Paquin. Her mother is an English teacher while her father is a high school Physical Education teacher. She has two older siblings, Andrew Paquin, who is a director and Katya.

Paquin was educated at an array of schools, including Raphael House Rudolf Steiner School in Lower Hutt, Hutt Intermediate School and Wellington Girls’ College, from where she completed her secondary education.

She then enrolled at Windward School in Los Angeles and graduated with a high school diploma in June 2000. She completed the school’s Community Service requirement by working in a soup kitchen and at a Special Education Centre. Paquin later attended Columbia University for one year but she quit her studies in the second year to pursue a career in acting.

Anna Paquin is married to her longtime boyfriend and True Blood co-star Stephen Moyer. The couple married on 21 August 2010 at a private residence in Malibu, California after being in a relationship for over three years.

They welcomed twins, a son Charlie Moyer and daughter Poppy Moyer in September 2012. Paquin is also a stepmother to Billy Moyer (born in 2000) and Lilac Moyer (born in 2002) from her husband Moyer’s previous relationships.

Anna fell in love with the performing arts at a young age and also has been actively involved in gymnastics, ballet, and swimming. She won her first acting role at just 9 years old when she auditioned for the role of a little girl in Jane Campion’s period drama film, The Piano.

Even though she had no prior acting experience, Anna stunned the casting directors with her performance and eventually won the role. She played Flora McGrath, the daughter of a mute Scottish pianist, Ada McGrath (played by Holly Hunter ) in the film, which was released to widespread critical acclaim in the year 1993.

Her performance in the film was so good and flawless that it earned her an Academy Award for Best Supporting Actress. That role catapulted her to fame and has been in the limelight since then.

Anna’s first acting gig came in 1997 when she was cast as Frankie Adams in the television film, The Member of the Wedding.

Not long after that, she bagged the role of Sookie Stackhouse in the HBO vampire drama television series True Blood in 2008 and went on to portray the character until 2014.

With no doubt, Anna’s debut performance in Jane Campion’s period drama film, The Piano, is still regarded as one of her finest works till now. That film, not only launched her acting career but also won several awards and critical acclaim.

Having said that, Anna became the first millennial, and the first person born in the 1980s, and the second youngest actor in history to win an Academy Award for acting.

She met with critical acclaim for her part as Sookie Stackhouse, a telepathic waitress, in the T.V drama series ‘True Blood’ (2008 -2014). She won the Golden Globe Award for Best Performance by an Actress in a Television Series – Drama in 2009 as well as two Saturn Awards and Satellite Awards.

Her other notable acting works include her portrayal of a teenage student named Lisa Cohen in the 2011 epic drama film Margaret, as well as her role as Polexia Aphrodisiain the 2000 comedy-drama film Almost Famous. Her performances in the television films Bury My Heart at Wounded Knee and The Courageous Heart of Irena Sendler received her a lot of appreciation from critics and audiences.

As a passionate actress, Paquin has achieved great success in the world of acting and continues to entertain her fans with every role that she takes on. Anna Paquin has a net worth of $14 million as of 2019. She was paid $275 thousand per episode as remuneration for her role in True Bloods.

She resides with her family in Venice, Los Angeles, California, U.S.

She moved to New Zealand when she was four years old and then relocated to the United States after her parent’s divorce in 1995.

Anna made her professional stage debut in 2001 in Rebecca Gilman’s The Glory of Living (directed by Philip Seymour Hoffman), which earned her a Theatre World Award and a Drama Desk Award nomination for Outstanding Actress in a Play.

She co-founded a production company called Paquin Films with her brother, Andrew and they bankrolled Blue State in 2007. This film marked their debut in the film production business.

On April 1, 2010, Anna Paquin announced that she’s bisexual as well as she is an advocate for LGBT equality.

She supports charities like the Children’s Hospital, Los Angeles and the Make-A-Wish Foundation.

In 2019, she portrayed the daughter of a hitman (played by Robert De Niro) in Martin Scorsese’s The Irishman.

Anna is bilingual and can speak English as well as French.

In her free time, she enjoys photography, swimming, skiing, reading, and knitting.