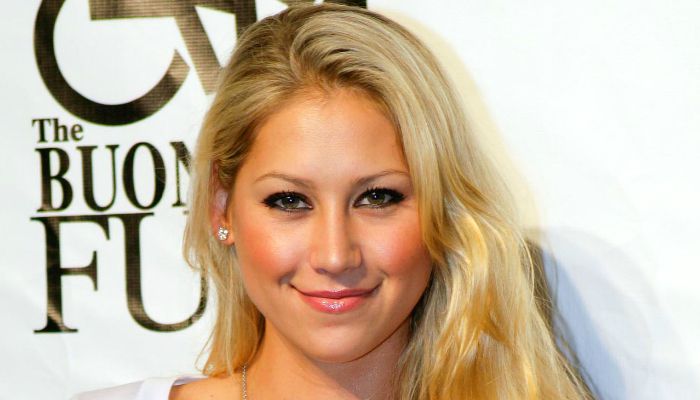 Who is Anna Kournikova?

Anna Kournikova is a former Russian tennis player who gained a lot of fame not only for her playing abilities but also for her gorgeous hourglass-shaped body measurements. During her time, she was featured in Google’s “most searched celebrity ” list several times. Anna has reached a career-high ranking of No. 8 in singles and No. 1 in doubles in the world. She won the Australian Open twice in 1999 and 2002 along with Martina Hingis in doubles. At 21, Anna retired due to serious back and spinal problems.

Kournikova was born on the 7th of June 1981, in Moscow, Russian SFSR, Soviet Union. She is currently 38 years old.

Anna comes from a family of athletes. Her father, Sergei Kournikov, is a former Greco-Roman wrestling champion, eventually earned a Ph.D. and was a professor at the University of Physical Culture and Sport in Moscow. On the other hand, her mother, Alla, was a former athlete (sprint). Furthermore, her younger brother, Allan, is a youth golf world champion who was featured in the 2013 documentary film The Short Game.

Kournikova attended Russian High School, graduating in 1997 and then enrolled at the Russian University of Physical Culture.

Anna Kournikova has been in a long-term relationship with Spanish pop star Enrique Iglesias since 2001. The two began dating after she was featured in her boyfriend’s music video, Escape. Despite the fact that they deny about the claims, news swirled in 2003 that the two got married in a secret wedding. However, they refuted the claims.

There were many theories about their relationship status as they were very keen on keeping their relationship away from tabloids. In 2010, she confirmed that she’s in a relationship with boyfriend Iglesias and they welcomed their twin daughter and son, Nicholas and Lucy, on December 16, 2017, born at South Miami Hospital. The family lives in Miami.

She had previously dated many celebrities including Mexican singer Pablo Montero in 1996, ice hockey player Sergei Fedorov in 2001, Pavel Bure and Mark Philippoussis in 2001.

She was only 14 when she made her professional debut in the Fed Cup representing Russia and became the youngest player to participate and win the tournament.

Anna first appeared in the 2000 comedy flick, Me, Myself & Irene in the role of a “Motel Manager”.

In 1997, she made her appearance on the talk show The Tonight Show with Jay Leno.

During her stint, Anna Kournikova has had enjoyed high-profile endorsement deals from sports brands. She has appeared in a string of television commercials for brands such as Lycos, K-Swiss, Charles Schwab, Bere’s sports bra, BMW and many others.

Anna Kournikova is one of the most successful tennis players in the world and achieved her career-best ranking of no.1 in doubles (1999) and no.8 in singles (2000). She has an estimated net worth of $50 million US dollars, as of 2019.

Throughout her career, she has won $3.5 million US dollars as prize money on courts, adding up a great value to her net worth. She makes about $10 to $15 million dollars every year from endorsing various products.

During her peak career, she signed a multi-million endorsement deal with Adidas worth $50 million, the most valuable deal in sports history, which was linked to her court performance. Due to her subsequent poor performance on the court, she was able to make only the guaranteed $3 million US dollars.

Anna Kournikova started her career at the age of 5 when she was gifted with a tennis racket.

She was successful playing doubles, winning the Grand Slam titles (Australian Open) twice in her career with her doubles partner Martina Hingis, but she wasn’t that successful in singles. She didn’t even bag a single title until she went off the court in 2007.

Kournikova’s professional tennis career ended prematurely at the age of 21 due to serious back and spinal problems, including a herniated disk.

Her good looks and seductive onscreen persona helped her to attain great heights in modeling as well.

In May 2002, she was named FHM’s “Most Sexiest Woman in the World” after a poll by American and Australian editions.

Anna has graced the covers of numerous publications such as  Maxim, FHM, and Sports Illustrated Swimsuit Issue.

Kournikova was named one of People’s 50 Most Beautiful People in 1998 and was voted “hottest female athlete” on ESPN.com.

In 2002 she also placed first in FHM’s 100 Sexiest Women in the World in US and UK editions.

Google announced that she was the most searched athlete on the Internet for the year 2008.

She was awarded the WTA Newcomer of the Year in 1996 and the WTA Doubles Team of the Year along with her doubles partner Martina Hingis in 1999.

A video game featuring Kournikova’s licensed appearance, titled Anna Kournikova’s Smash Court Tennis, was developed by Namco and released for the PlayStation in Japan and Europe in November 1998.

A computer virus named after her arose on 12 February 2001 and infected computers worldwide through internet mail.