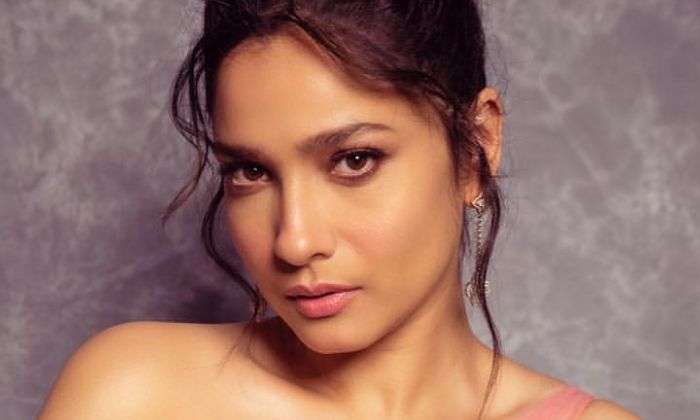 Who is Ankita Lokhande?

Ankita Lokhande is an Indian actress who is probably known best for her portrayal of Archana Karanjkar Deshmukh on Zee TV’s Pavitra Rishta from 2019 to 2014. She won several awards for her work in the soap opera, including Star Guild Awards, Indian Telly Awards and Boroplus Gold Awards. She played Pragya in the horror series, Ek Thhi Naayka, and competed in the fourth season of Jhalak Dikhhla Jaa 4 as well as in the reality comedy show, Comedy Circus, in 2011. Ankita’s film credits include playing JhalkariBai in Manikarnika: The QUEEN of Jhansi and Ruchi in Baaghi 3.

Ankita Lokhande was born on the 19th of December 1984, in Indore, Madhya Pradesh, India. She is currently 35 years old.

Ankita Lokhande is the daughter of Shashikant Lokhande, a banker, and Vandana Pandis Lokhande, a teacher. She has two younger siblings, Sooraj Lokhande and Jyoti Lokhande.

She is a college graduate. It is not clear as to which school and college she went to but she graduated from college in 2005. During her college days, she was actively involved in sports and served as a state-level badminton player.

Ankita is currently dating businessman Vicky Jain from Bilaspur, Chhattisgarh. The couple started dating in 2018 and they made their romance public in early 2019 by sharing a slew of their pictures on Instagram. She has since posting pictures of her with boyfriend Vicky on a regular basis.

She was previously in a relationship with late actor Sushant Singh Rajput from 2010 to 2016. They worked together in the Indian soap opera, Pavitra Rishta, where Ankita played his love interest. The two subsequently fell in love with each other and went public with their relationship in 2010. After dating for over six years, Ankita and Sushant ended their relationship, citing irreconcilable differences.

Ankita Lokhande’s first feature film appearance was the epic period drama, Manikarnika: The Queen of Jhansi (2019), in which she was cast as Warrior Jhalkaribai alongside Kangana Ranaut, who played the titular role.

Ankita made her television debut with the romantic drama series, Pavitra Rishta, playing dual roles of Archana and Ankita. Produced by Ekta Kapoor for Balaji Telefilms, the series premiered on Zee TV on 1 June 2009 and completed its run on 25 October 2014.

With no doubt, Ankita came into public attention after her appearance on the TV series, Pavitra Rishta, which earned her a lot of fame and awards. She won a handful of awards, including Indian Telly Awards, Star Guild Awards, Boroplus Gold Awards, all of them for Best Actress, for her performance in the series.

Through her works, Ankita Lokhande has accomplished a lot in her own right. She has a net worth of $2 million, as of 2020. She will continue to enjoy success as an actress and will continue to inspire women to make their own dreams a reality.

Ankita Lokhande has been enjoying quite a following on social media. She’s got over 1.6 million followers on her Instagram while her Twitter account has over 130 thousand followers.

She is the first person in her family to get into the show business.

She wanted to be an actress ever since she was young.

After graduating from college, she moved to Mumbai to pursue a career in acting.

In 2010, she was named the GR8! Face of The Year at the Indian Television Academy Awards.

She auditioned for the role of the leading lady in Salman Khan‘s Sultan but it went to actress Anushka Sharma.