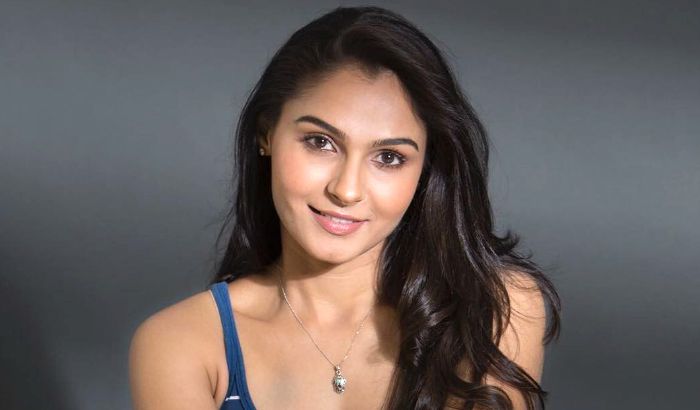 Who is Andrea Jeremiah?

Andrea Jeremiah is an Indian actress, playback singer, musician and dancer. Beginning her career as a playback singer, she rose to fame for her roles in Tamil films such as Aayirathil Oruvan and Pachaikili Muthucharam, for which she was nominated for several awards. The multi-talented actress has done varied roles in films ranging from an innocent heroine to a powerful antagonist. She’s one of the few actresses in the Tamil film industry to have starred alongside top actors. Also a theatre artist, Andrea has performed several stage plays during college days.

Andrea’s father is a lawyer at the High Court in Chennai. Her mother name is Mary Jeremiah. She hails from an Anglo-Indian Roman Catholic Christian family and her younger sister lives and works at Leuven, Belgium as a research assistant.

There’s little known information about her personal life. In the past, Andrea was romantically linked with the photographer-actor Sunder Ramu and music composer, Anirudh Ravichander, who is 5 junior to her. In 2012, a photo of Andrea and Anirudh kissing each other surfaced on the internet creating a stir of controversies. She confirmed her relationship with him saying, “I’m not ashamed of these photos as I share a good relationship with him”. However, they ended their relationship abruptly, but they are still on good terms.

Andrea openly confessed during an interaction in a public event at Bengaluru that her extramarital relationship with a politician (identity not yet revealed) put her in an extreme trauma because she was abused physically and mentally during the course of the relationship. Several tabloids reported that the members of the politician family harassed her to abort the child as well as to break up with him.

Andrea Jeremiah made her film debut in the film Kanda Naal Mudhal in 2005 in an uncredited role. Her first role as a leading actress came in 2007 with the film Pachaikili Muthucharam for her role as Kalyani Venkatesh.

She has appeared in more than 25 films and her film credits include Aayirathil Oruvan, Mankatha, Annayum Rasoolum, Vishwaroopam, Aranmanai, Idhu Namma Aalu, Thoppil Joppan, Thupparivaalan, and Aval, among others.

In 2005, She first recorded the song “Kannum Kannum Nokia” for the film Anniyan under Harris Jayaraj’s composition.

She’s one of the highest-paid actresses in South Indian cinema. Her net worth is under review.

She is a self-confessed geek and aspired to become a psychiatrist during school days.

She began learning the piano at the age of 8 and by 10, she was a part of a Jackson Five-style troupe called Young Stars, which formed a stepping stone in her music career.

While in college, she participated in several stage plays that were organized by The Madras Players and EVAM.

She received many films offers whilst in college but she tuned down them as she had no intention of becoming an actor.

Andrea always wanted to become a musician and began her career as a playback singer. She has worked with renowned composers like Harris Jayaraj, Devi Sri Prasad, G.V Prakash Kumar, and Yuvan Shankar Raja.

Besides singing,  she’s also a musician who had written, composed and song ‘Soul of Taramani,’ a single from her Tamil film, Taramani.

She won a Vijay Music Award for Popular Duet of the Year for her duet with Ajeesh titled “Idhu Varai” from the 2010 film “Goa.”

In 2017, Jeremiah composed, wrote and sang a single, “Soul of Taramani”, as a promo for her Tamil romantic-drama Taramani.